Leave it to Karl Lagerfeld to constantly one up himself. Last year’s Cruise Collection was set in St Tropez featuring floral dresses in gossamer fabrics and tweed jackets and skirts in sorbet colors sprinkled with gold details, along with breezy little pink and white stripe dresses and Birgitte Bardot-esque white ensembles.

This year, Lagerfeld rolled out an equally intoxicating collection fit for Jet Setters far and wide. As reported by Women’s Wear Daily: “Cruise is always about going away,” reasoned Lagerfeld, returning for the second year running to the South of France. Of course the audience was filled with celebs like Rachel Bilson and Clemence Poesy’ (starring in the new Joan of Arc film) who were readying for the Cannes Film Festival and all of the other Chanel related events like the Sunday family-style dinner for guests and the post fashion show Monday night concert by Bryan Ferry. As it turns out the Cruise Collections are becoming the fastest and often best- selling segments for the brand with last year’s showing selling out by mid- January. 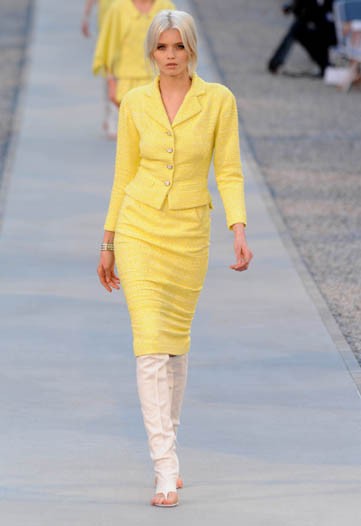 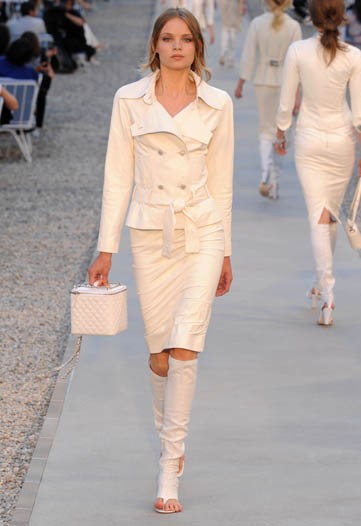 But unlike the carefree, Bohemian spirit of his Saint-Tropez outing in May 2010, this collection worked the more elitist, sophisticated side of this summer playground of the rich.

To underline the point, Lagerfeld accessorized the collection with 90 pieces of Chanel Haute Joaillerie — even swimsuits were complemented with a few million dollars’ worth of gems, as models made the four-minute circuit from the majestic hilltop palace, a cash-only institution from 1870 until 2006, toward the cliffside villa with its famous infinity pool. 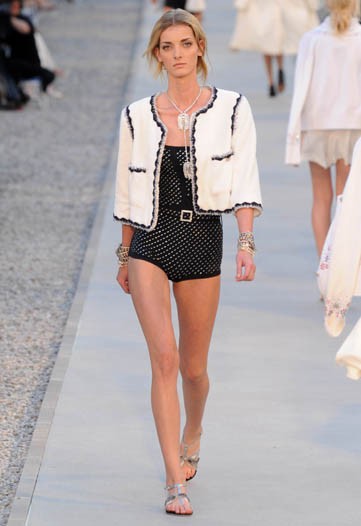 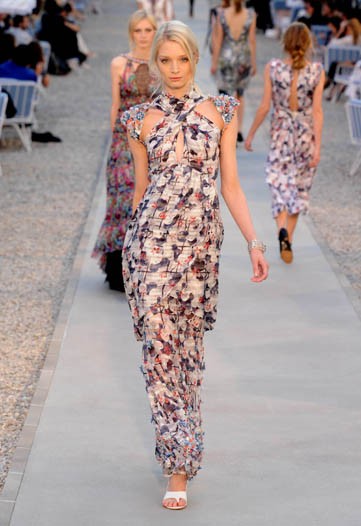 A black-and-white palette — or sunny colors worn head to toe — gave the day clothes a crisp yet breezy allure: cap-sleeve polos, pleated walking shorts and flowing dusters. A men’s shirt in bold stripes was married to a chiffon blouse, a wink to the boy-meets-girl theme of Chanel’s fall collection. 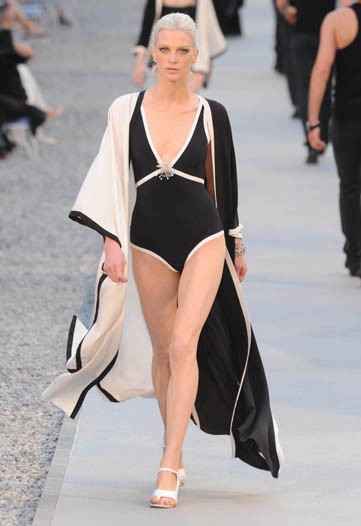 But it was only a backward glance. “I only like change,” insisted Lagerfeld, who moved on to a glamorous, full-throttle femininity, embellishing vaguely Thirties pleated dresses with dense floral embroideries or gleaming crystals. 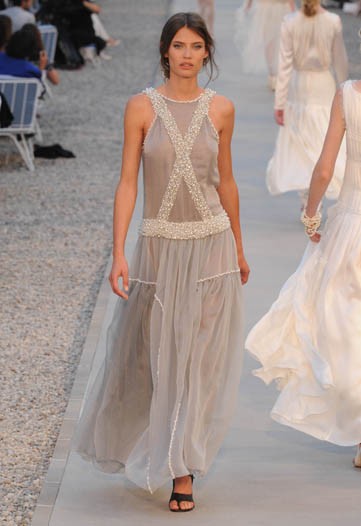 A suite of pencil-skirted day suits, in lemon yellow, lavender or fresh cream, opened the show and set a tone of grown-up chic. But Lagerfeld showed a rich variety of silhouettes, from side-slit palazzo pants to leg-baring shifts. The show climaxed with languid satin or chiffon gowns edged in pearls. 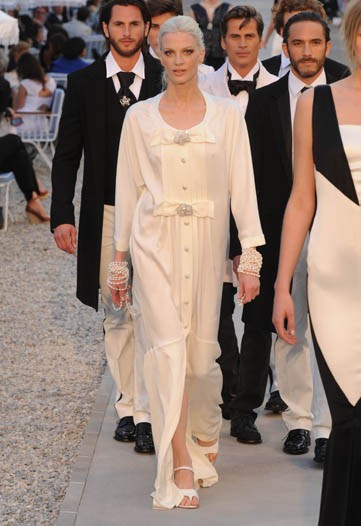