Infamous Vogue editor Anna Wintour is getting her own musical. Called Ryan Raftery Is the Most Powerful Woman in Fashion, the musical by Ryan Raftery delves into a hypothetical day of the famed editrix he describes as “Darth Vadar and Hilary Clinton in one little package.”

Raftery said he was inspired to create the show after running into Wintour on the streets of New York, where she apparently “grimaced in his direction.” 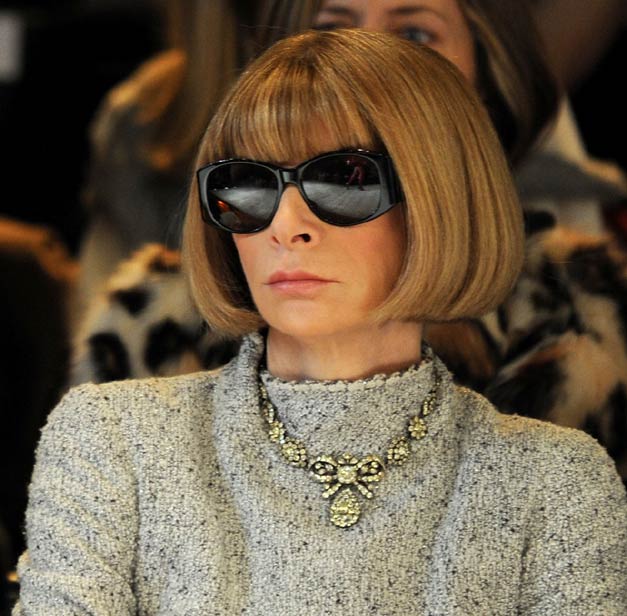 The main theme of the show focuses on Wintour’s controversial decision to place Kimye on the cover of Vogue. She worries about this decision and reflects back on her career to the backdrop of reworked songs like “Let It Go.”

“She has sat at the top of a $300 billion industry for twenty-six years. Her power and influence cannot be denied. But when she places a reality star and a certain rapper on the cover of her magazine, the backlash is harsh and for the first time, her credibility is called into question. Through popular music and an astounding measure of creative license, ‘demented Rat Packer for the millennium’ Ryan Raftery returns to Joe’s Pub to tell the story of a fateful day in the life of the most powerful woman in fashion.”

Ryan Raftery Is the Most Powerful Woman in Fashion will show at Joe’s Pub in New York City on Aug. 11th and Sept. 5th.