With all the attention that we give to women’s fashion and beauty on this blog, I thought perhaps I would mix it up just a tad by sharing a few Spring 2013 Menswear reviews.

When I saw the Giorgio Armani collection coming down the runway my first thought was Hello Richard Gere in American Gigolo! I’m not sure if it was the slinky fabrics, the muted palette or just the easy sophistication of these pieces but every look made me wish that every guy I know would add a little Armani to their life.

Armani paired pleated trousers with longer jackets that were roomy but not too slouchy or sloppy lending an air of that 1980’s chic that Richard Gere as Julian the impeccably groomed escort wore so well.

There were also knit items that ran the gamut from the loose fitting to the more body-conscious.  Some with argyle patterns and checks along with stretchy double-breasted jackets that emphasized the toned and muscular builds of the models.  And just like those in the aforementioned movie the suits were beyond chic yet not uptight like so many suits can be.

On the flip side of Italian fashion is Gucci and Frida Giannini definitely poured on the Mediterranean charm.  In fact I felt like I was watching a retro 60’s film that spanned travels from Miami to Santourini.  The sorbet brights were a tad disconcerting at first but the tailoring and fabrications were so well done that I could picture these pieces worn solo rather than head to toe ensembles.

The signature horse bit logo that has reigned supreme for 60 years on the label as well as fabric prints was still prevalent and popped up in a variety of pieces.

All in all the collection felt as fresh as summer and as chic as an Italian Prince. I for one would love to see pants jackets and shirts this chic running about town in the sweltering summer rather than slouchy tees and flip flops.

Director of Menswear at Barneys New York Tom Kalendrian told WWD
“Designers used the runway to speak to the lightness of fabrics, beautiful colors, especially blues, every shade from navy to sapphire to a beautiful Mediterranean Capri blue or a brighter Yves Klein blue; blue is by far the most important color.”

“A very nice week, very fresh, a real summer season full of color, with touches of humor,” echoed Tancrède de Lalun, gmm for men’s and women’s apparel at Printemps. “The spring man is an elegant playboy of sorts, who wants to wear a nice jacket, beautiful shoes…”

“Designers are taking chic to another level, infusing sophisticated color pairings in sportswear and clothing. Gucci was a great example of this. The terrific styling of the show demonstrated how a man can wear such bold color or prints in a strong and masculine way,” commented Matthew Singer, men’s fashion director, Neiman Marcus Stores, Neiman Marcus Direct and Bergdorf Goodman. “Color continues to be a driving force for men. The bright colors are very exciting, especially in pants.” 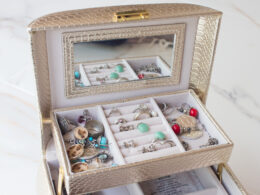 The Hottest Summer Fashion Accessories for 2021

This summer is all about pops of color, gemstones, and bold pieces! Find out some of the hottest accessory trends for the season.
byTyler Hollis
1 share
0
0
1 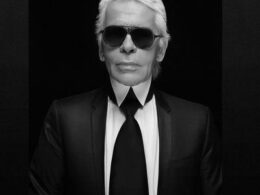 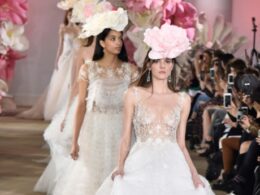 Best of the Spring 2017 Bridal Collections

This week was the perfect time for the spring 2017 bridal shows to wrap up, as now is…
byChristina Silvestri 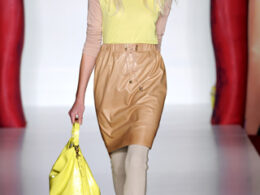