Let me start by saying, I know little about The Biebs. I have not seen his movie. I couldn’t sing the lyrics to one of his songs, and I have no idea why he is such a phenom, but apparently the rest of the world does. I know only of his nickname, his previous haircut and that he makes young girls swoon…

So when I read that the Biebs is launching a women’s fragrance, I had to check this out. It only makes sense to me that a teen pop dream guy would start with a scent for guys…. but not the case, Biebers first fragrance called Someday by Justin Bieber is a feminine scent packaged in a heart shaped flower… and… wait for it… a removable and wearable charm.

The scent itself — created by Honorine Blanc of Firmenich — is touted as a “fruity gourmand” formula, meant to appeal to the 14- to 18-year-old core of Bieber’s fan base, according to Noreen Dodge, executive vice president of marketing at Give Back Brands, the producer and licensee.

Bieber, who responded to questions from WWD via e-mail from Japan, where he is performing. “Let’s be real, the way a girl smells is very important to a guy! I have such a deep connection with my fans, so creating a fragrance that I personally love is another way I can bring them closer to my world,” he said.

To put to rest any questions about the authenticity of Biebers sensitivity proceeds are earmarked for charity. Branding expert Robert Hollander and cosmetics industry veteran Paul West say they set up Give Back as a platform for entertainers to raise money for good causes. Hollander, who is president, predicted that this fragrance will raise “millions” for a list of charities that is now being put together. These include two of Bieber’s favorites: Pencils of Promise, which builds schools, and the Make-A-Wish Foundation.

“Not only am I able to create a fragrance for all my fans,” Bieber continued, “but I am able to give back to charity, which is a huge priority for me. The people at Give Back Brands really get me, and what I represent and care about.”

Beibers album “My World 2.0” ranks number one in 17 countries, not a bad jumping off point for a fragrance deal.. “They really let me take the lead on the entire project, because I know my fans better than anyone — from working with the team on the development of the fragrance itself to helping to design the bottle and packaging,” he wrote. The bottle, with its top fashioned like layers of hearts superimposed on one another, was designed by Lance McGregor. He also designed the outer carton with its deep embossing.

The fragrance begins shipping in June to prestige stores, including Macy’s, Sephora, Dillard’s, Belk, Nordstrom, Boscov’s and Ulta. Dodge estimated the distribution at 2,500 doors. In the Canadian superstar’s home country, the brand will be carried by Shoppers Drug Mart. Plus a foreign rollout is now being planned.

Look for Uber Model Dree Hemingway to appear in the print ad shot by Terry Richardson which is finding it way to magazine stands and point of sale counters asap. 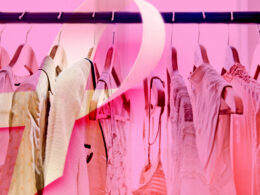 October is Breast Cancer Awareness Month, and fashion and beauty has joined the fight. From blush to bralettes,…
byChristina Silvestri 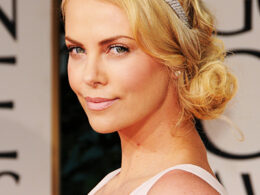 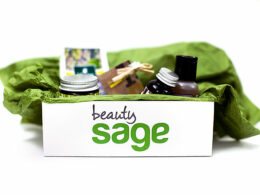 Why you will love Beauty Sage By Dr Oz! 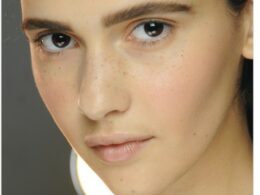 Every season we devour the pages of magazines, scout the runways, and stalk celebs for the newest and…
bydiane