Fans went crazy on Monday as the two surviving band members from the legendary Beatles — Paul McCartney and Ringo Starr — introduced “Beatles: Rock Band” game at LA’s E3 (Electronic Entertainment Expo). On September 9, 2009, anyone with an Xbox 360, PlayStation 3 or Wii can play either Paul, John, Ringo or George from the most influential and successful English band from the 1960’s. In addition, the long-awaited Beatles remastered catalog with all 12 albums will also be released on that same, exciting day.

Paul McCarney and Ringo Starr appeared after the animated trailer aired, which showed the group traveling around the world performing various Beatles hits. McCartney and Starr spoke briefly about the new MTV Harmonix Music-made game, which will also sell replica Beatles instruments to plug into your particular device.

“The game is good, the graphics are very good, we were great!” Starr said. McCartney then added, “We never thought we’d end up as androids!”

Also at the press conference were Yoko Ono, widow of John Lennon, and Olivia Harrison, widow of George Harrison.

For more on “The Beatles: Rock Band” visit Multiplayer.MTV.com.

Remastered Beatles Catalog
No, the Beatles will still not release their music on iTunes, but they will however release a remastered catalog on Sept. 9, 2009, making it the first time ever for the first four Beatles albums to be available in their entirety on CD!

For the past four years, a team of engineers at the EMI’s Abbey Road Studios in London have been working on remastered each well-known song. If you weren’t aware, fans have been waiting for full albums to be remastered for many years now, so it comes as no shock that this catalog will go fast.

“Each of the CDs is packaged with replicated original U.K. album art, including expanded booklets containing original and newly written liner notes and rare photos. For a limited period, each CD will also be embedded with a brief documentary film about the album. On the same date, two new Beatles boxed CD collections will also be released,” according to MTV News staff.

The catalog consists of 12 albums, along with the U.S. version of the Magical Mystery Tour LP and the combination of Past Masters Vol. I and II. 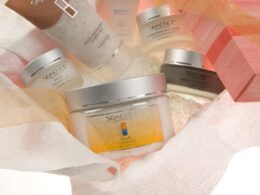 Being near the sea sounds ideal for summertime, but having the sea on your face? You bet, and…
byAmy 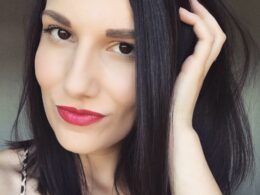 5 Faves with Adaleta Avdic of Adaatude 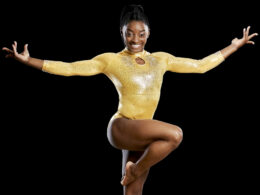 Straight from the world stage, the best gymnasts in the U.S. featuring the most decorated gymnast of all-time, Simone Biles, will headline the Athleta Presents Gold Over America Tour coming to Gila River Arena.
byTyler Hollis
Read More

With her ever-popular stilettos (which I still regularly fashion) and her new denim line hitting the runways, it’s…
byJackie