Stars, hot lists, gold awards, reader’s choice…and so on. With so many award titles tied to the hospitality industry, it’s hard to know what any of them mean or how they’re determined. Here, we take a look into the Star-rating of Forbes Travel Guide (FTG), one of the most coveted recognitions that a hotel can receive.

So what exactly makes a resort Forbes Travel Guide Five-Star-material anyway? Well for starters, a lot of things…up to 900 different things go into the evaluation process. The properties (in 2018 there were more than 1,600 evaluated worldwide) are inspected by 60 anonymous inspectors who remain incognito the entire time and appear as regular guests. Inspectors are often full-time employees, come from a luxury background and hail from all over the world. They also undergo an initial six weeks of training before setting out to explore the world’s most elite properties.

Inspectors stay a minimum of two nights, but sometimes much longer and do everything themselves, like make their own reservation and beyond. After extensively evaluating the property, the inspector then submits their report to headquarters where a company algorithm works its magic to reveal the final rating. That’s right, inspectors don’t even learn what the rating is until you do when the yearly list is revealed to the public.

To keep hotels on their toes, inspectors won’t visit multiple hotels in one destination and the profile of the inspectors for each hotel is changed every year. From a solo business traveler to a European family, the change-up allows FTG to look for consistency in service, no matter who’s booking a stay.

While the undercover guest spends their time inspecting everything from plump pillows all the way down to the mini-bar, even the fanciest hotels may not come out on top. The algorithm that determines the star-studded winners weighs service at 75-percent and the actual quality of the place at just 25-percent. So it’s safe to say that you can expect over-the-top service you didn’t even know you needed when staying at a Five-Star property.

But even Four-Star resorts seem amazing, you’re thinking. Well according to CEO Gerard Frasier, a Four-Star rating is equal to an Olympic gold medal so yeah, they are. But when it comes to a Five-Star rating? “It’s not even the Chanel bag — it’s the Birkin bag,” said Frasier in an interview.

Be on the lookout for the 2019 ratings, releasing in February. But for now, why not book a stay at one of Arizona’s star-studded winners. Five-Star winners include The Canyon Suites at The Phoenician and The Ritz-Carlton, Dove Mountain (closed through Sep. 4 for renovations). Local Four-Star winners include Four Seasons Resort Scottsdale at Troon North; L’Auberge de Sedona; The Phoenician, A Luxury Collection Resort; Royal Palms Resort and Spa; and Sanctuary on Camelback Mountain Resort & Spa.

If you want the trifecta of luxury, just 13 hotels in the world were awarded Five-Stars for their hotel, restaurant and spa. Lucky for you, six of them are just a state away: The Broadmoor, Colorado Springs; Fairmont Grand Del Mar, San Diego; Mandarin Oriental, Las Vegas; Meadowood Napa Valley; Montage Laguna Beach; and Wynn Las Vegas.

And in case you were wondering, the Forbes name is just part of a licensing agreement. Forbes Travel Guide is an independent company that started out as the Mobil Travel Guide in 1958 and were the original creators of the five-star rating system. 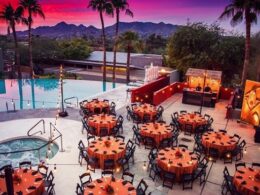 There are few things that a glass or two of wine can’t cure. In fact, even on a…
byLeslie Hughes 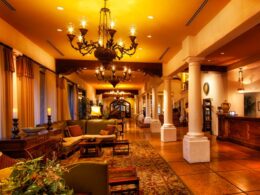 Scottsdale Resort & Conference Center, A Destination Hotel, will embark on a massive renovation July 1 that will…
byChristina Tetreault 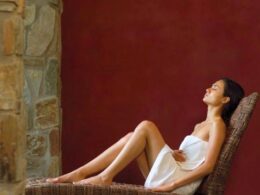 Find Your Inner “Sensei” at the Sanctuary Spa on Camelback 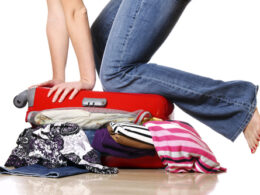 How to Pack for Carry-on in the Summer

Packing carry-on can leave you with less time at the airport, and more time for your summer vacay.
byKirstina