For a limited time this holiday season, experience one of Mexico City’s most acclaimed cooking sensations as Guest Chef Lucho Martínez of Em Restaurant brings his innovative cooking to the ultra-luxe retreat of One&Only Palmilla in Los Cabos.

Renowned for his inventive twists on familiar farm-to-table dishes, join Chef Lucho as he transforms the culinary Herb Garden at One&Only Palmilla into a magical dining adventure for the holidays. Taste Chef Lucho’s interpretation of product-driven, seasonal cuisine with a six course omakase journey highlighting the best of products from the Baja region inspired by a range of international influences.

Originally from Coatzacoalcos, Veracruz, Lucho Martínez lived part of his childhood and adolescence in Nashville, Tennessee. At the young age of 14, he ventured into his first formal job in the kitchen. Some years later, having relocated to Mexico City where he found himself being a part of Jorge Vallejo’s team at Quintonil, an emblem of the Mexican gastronomical scene; and later at Maximo Bistrot with Chef Eduardo García, who has been revolutionary in crafting dishes with a wide range of techniques while also honoring Mexico’s most treasured ingredients. 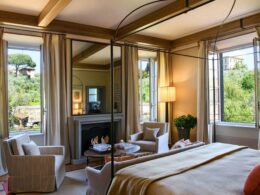 Auberge Resorts Will Debut its First Italian Hotel in Florence

The luxury hotel will open in 2023 at the gateway to Tuscany.
byChristina Silvestri
1 share
0
0
1 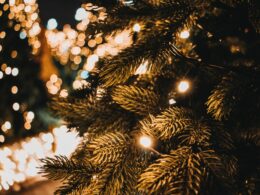 Why Fairmont Mayakoba is a Must-Visit for the Holidays

Experience the holiday season at Fairmont Mayakoba with their Trees of Hope package, a perfect way for guests to give and receive.
bySuzanne Koch
3 shares
0
0
3 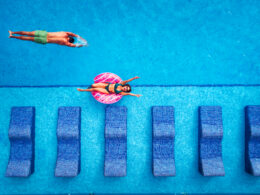 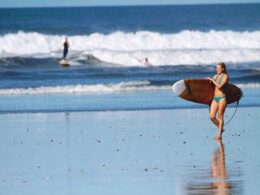 Under renovations to make some fabulous changes to this already-fantastic resort, The Gilded Iguana Surf Hotel will be…
byLeslie Hughes
47 shares
33
0
14