Thompson Hotels has officially opened their first hotel in Mexico, The Cape in Los Cabos. Thompson hotels around the world are known for their elegance and charm, setting the bar at the highest level of luxury for those who know that down time requires as much due diligence as uptime.

The Cape will feature 161 rooms, ranging from one to three bedrooms, panoramic view corner suites, and bi-level suites with private terraces. Each room offers an exclusive view of the famous Arch and comes equipped with binoculars for whale watching. Designed by the well-known Mexican architect Javier Sánchez, the hotel will display a modern Mexican style feel, think Baja meets Southern California. Along with the pristine and appealing interiors of the hotel, The Cape’s location on Monuments Beach offers some of the most beautiful views of the Sea of Cortez, the Arch, and downtown’s city lights by night.

The Cape’s General Manager Eduardo Segura Vehovec says that he wants the hotel to be known for “the best ambiance in the luxury segment, with the personal touch of a great team in Los Cabos,” and is confident that they will reach that goal.  Vehovec also says that the ideal guest at The Cape is “everyone that is willing to enjoy the best service in a casual and relaxed ambiance.”

Amenities across the hotel will include two pools, one built into a natural rock formation and one an infinity pool with a swim up bar. There will also be a restaurant and a rooftop lounge where guests can take in 360-degree views of Los Cabos, which is extremely rare in the area.

The Cape in Los Cabos is officially open as of June 26 and reservations can be made online and more information can be found at: http://www.thompsonhotels.com/hotels/The-Cape-Los-Cabos.

Photo courtesy of The Cape, A Thompson Hotel. 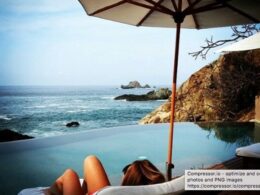 When it comes to luxury, there is no limit. The concept of “less is more” is thrown out…
byLeslie Hughes 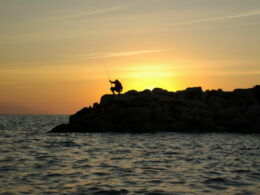 Rocky Point in the Fall

by: Judy MacKenzie Our weather is beautiful, our sunsets amazing, shrimp are fresh, water’s still warm and life…
byAmanda Savage 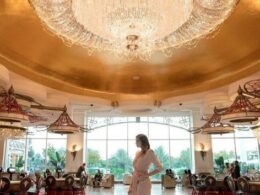 The highly anticipated opening of The Bahamas’ luxury resort community, Baha Mar, has this dreamy destination off to…
byLeslie Hughes
3 shares
2
0
1 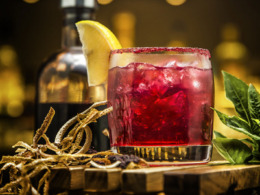 Taste and experience some of the best Mexican cuisine all in one place at UNICO 20°87° Riviera Maya.
byChristina Silvestri