One century ago, life in England was on a structured path to upheaval. Family ties and country alliances were severed while the psyche of aristocratic systems was challenged. This historical time is beautifully portrayed through the acclaimed TV series, Downton Abbey.

If you know the show and are a fan of the era, you will admire the new stay package for a London hotel. Brown’s Hotel is perfect for fans traveling across the pond that can’t wait until the U.S. premiere of the show in January, and who wish to experience the show first-hand.  This summer, Rocco Forte’s iconic Brown’s Hotel celebrates its 175th Anniversary and brings the acclaimed television series to life with the Highclere Castle Vintage British Summer Day package.  The hotel, in partnership with Lords Cars and Highclere Castle, offers guests the chance to take advantage of Brown’s’ exclusive chauffeur service and explore Highclere Castle, one of England’s most beautiful Victorian Castles and the incredible setting and film location for Downton Abbey.

The fun begins when guests can select their vehicle of choice—die hard Downton fans will undoubtedly choose the Rolls Royce that recently appeared in the show, while other luxurious options include the Queen Mother’s favorite, “The Ivy Baroness” or a Daimler that was featured in the popular movie, The Italian Job.  Guests will then travel to Highclere Castle, the home of the Carnarvon family since 1679, where they can explore the beautiful Victorian interiors and wander through the gardens outside.

History buffs will also enjoy the Egyptian Exhibition highlighting the achievements of the 5th Earl of Carnarvon, who famously discovered the Tomb of the Egyptian Boy Pharaoh, Tutankhamen, in 1922.

After a full day of Downton-inspired activities, guests will return to Brown’s and relax at the Donovan Bar with an exclusive 175th Anniversary  ‘Timeless’ cocktail – a mixture of Chase Elderflower Liqueur and William Chase Gin topped up with English Sparkling Wine.  Before turning in for the night, guests can curl up with their complimentary copy of Lady Carnarvon’s most recent publication – the New York Times’ bestselling, Lady Almina and the Real Downton Abbey.

The Highclere Castle Vintage British Summer Day Package is available from Sunday to Thursday each week between July 14 to September 12, 2013. 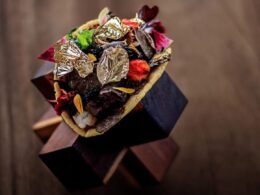 Explore an underwater museum, make your own wine and more from Cancún to Los Cabos.
byChristina Silvestri 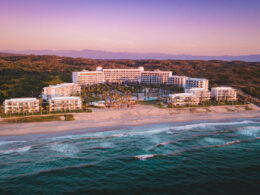 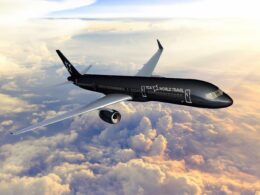 When it come to planning a trip around the world, the only downside is the prepping and planning…
byChristina Tetreault 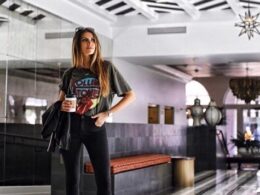 Though it’s great to have your favorite hotels to visit, there’s even more fun to be had in…
byLeslie Hughes