San Diego is getting a new dose of historic luxury when The Guild opens this spring. The 162-room Marriott Tribute Portfolio property is housed in the Army-Navy landmark building which previously hosted millions of service men and women. The property is being reimagined by Alvin Mansour (Oram Hotels) and Azul Hospitality Group as a creative, design-forward destination for travelers.

As the number of military bases in San Diego increased in the 1920s, there grew a need for a place of community and recreation for the uniformed men and women. Enter the iconic Army-Navy YMCA building which hosted tens of thousands of guests within months of opening its doors. Through the years, more than 125 million military personnel have benefited from its services. In 2007, the site was officially registered as a Historic Place by the U.S. Department of the Interior National Park Service.

“The YMCA building has always been a jewel in the middle of a long overlooked part of the city and I knew it had the potential to become something unique from the start,” said Mansour. “Downtown San Diego has so much to offer, not only to tourists, but locals alike, and we are committed to creating something new, unexpected and authentic to the city we call home and its evolving cultural imprint.”

The new look will incorporate a flair of independent European properties while still maintaining San Diego’s casual cool. Interior designer Sormeh Azad of Sormeh Rienne will bring Mansour’s vision to life. Azad is known for her work with now infamous spaces in L.A. like The Nice Guy, Bootsy Bellows and Shorebar.

The exterior Italian Renaissance-style detailing, facade and grand staircase of The Guild will be left largely untouched. Inside, guests can look forward to a boutique-style lobby, a striking full-service bar, European-inspired accommodations and a signature restaurant with lush green surroundings and a Mediterranean-inspired menu. The YMCA’s former basketball court with elevated running track will be transformed into a grand ballroom, keeping the original brick wall inlays and hardwood floors. The underground pool on the basement level will be reimagined into a one-of-a-kind event space with original design elements. Along with a beautiful design aesthetic, The Guild will have smart features, technology-drive amenities and highly personalized service.

The Guild is a Tribute Portfolio property, a collection of curated independent hotels within Marriott, united by a common focus on design, creativity, community and a unique sense of spirit. 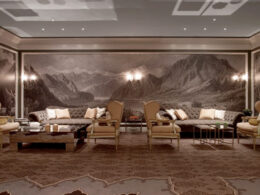 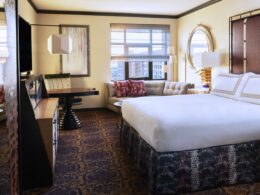 Book a SoCal Getaway for the Holidays With These Deals

If you’re finding yourself in Southern California for the holidays, some of the area’s best hotels are offering…
byChristina Silvestri 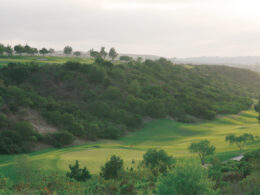 Coast to Canyon Package at The Grand Del Mar

When travelers head to So Cal with golf intentions, lofty tee shots against clear Pacific backdrops are usually…
byNichole 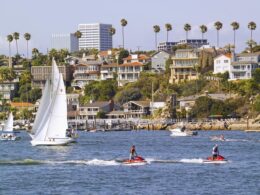 Experience the very best of Newport Beach, from where to stay and what to eat, to the best things to see and do in the yacht-loving Orange County town.
bySuzanne Koch
4 shares
3
0
1