Coronado island, an ethereal attachment off San Diego’s coast, boasts more than a cozy getaway in Southern California. With Hotel del Coronado, the island has been a portal for celebrity sightings, unbelievable vacations and a majestic prelude to an unforgettable journey through architecture and history.

Some notable aspects of The Del lie within its legacy of leadership through the eras. According to Del historian, Christine Donovan, Hotel del Coronado began as one of the country’s preeminent seaside resorts, drawing moneyed guests from across the country and around the world. Later, The Del continued to prosper thanks to its unique position throughout the war period.

“Through the years, Hotel del Coronado had a series of owners who fell in love with their ‘lady by the sea,’ wanting to both preserve her past and secure her future,” says Donovan. “Prudent restoration efforts and modernizations have helped The Del keep pace with a discerning clientele while retaining all the charm of the resort’s 1888 architecture, spectacular setting and fabled past.”

And now, the famed hotel will celebrate its 125th anniversary in 2013 with a series of community events, charitable promotions and guest packages. A yearlong calendar of activities has been planned for The Del’s milestone anniversary, including citywide historic exhibits, special events and a variety of historic-themed offerings.

First up in the orchestra of events is the centerpiece release of a new 208-page history book, Hotel del Coronado History, featuring more than 440 images (most of which have never been published before) including behind-the-scenes snapshots of Marilyn Monroe during the 1958 filming of Some Like It Hot!, as well as personal photos and reminiscences that go back to the resort’s earliest days and vintage memorabilia such as menus and brochures.

And in honor of the year-long partnership with United Through Reading (UTR), a national military program which helps ease the stress of separation for military families by having deployed parents read and record books for their children to watch as DVDs, the Del is pleased to extend the celebration by donating $1.25 from the sale of each new history book and sponsor additional fund-raising events throughout 2013.

Check out these noteworthy guest packages included in the 125th Anniversary Calendar:

Rates start at $299 per night at The Del and $600 per night at Beach Village. Taxes and $25 daily resort charge not included. No minimum stay required. One book/two drink tickets per stay. 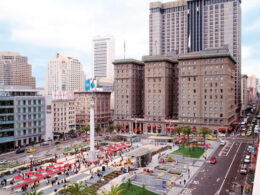 Wellness at The Westin St. Francis

Sometimes a vacation means steering away from your daily routine. It can mean not obeying your diet and…
byNichole 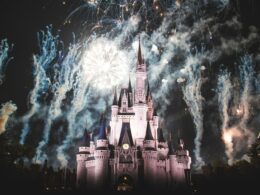 Disney fanatics can now own a piece of the Happiest Place on Earth at a new pop-up exhibit filled with retro souvenirs, vintage ride vehicles, artwork and more.
bySuzanne Koch 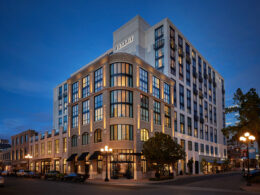 Make San Diego your next getaway to take advantage of this bed and breakfast deal at Pendry San Diego.
bySuzanne Koch 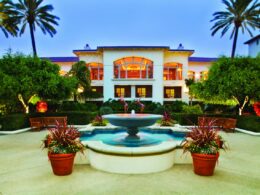