This classic Mid-century Modern home has plenty of contemporary twists, too.

Built on a saddle above a deep wash in Paradise Valley, the 4,648-square-foot single-level home is a design/build masterpiece by Paul Christian Yaeger, a mid-20th-century Phoenix designer influenced by Frank Lloyd Wright.

The setting and views are equally rewarding. “The spacious master suite overlooks the lush back yard and the heated diving pool. And Valley landmarks such as Camelback Mountain, the Phoenix Mountain Preserve, the Papago Buttes and city lights are all in viewing distance from your acre and a half of privacy,” he adds.

Built in 1967, the home has a two-car garage with additional slab parking spaces outside; a dining room; family room with a gas fireplace; and an office/den. The eat-in kitchen includes a breakfast bar; gas oven and cook-top; a pantry; and a kitchen island. The master bedroom has a walk-in closet and sitting room and the bathroom a separate shower and tub, double sinks and private toilet room.

Outside the family room is a covered patio, a children’s play area and a built-in BBQ.

Zoja Pedenko, an Aazami Private Client Group associate co-brokering the property, says, “The location in the heart of Paradise Valley can’t be beat. The super-serene Palo Verde Foothills neighborhood is centrally located between downtown Phoenix and Scottsdale and is close to the Paradise Valley County Club and the Phoenix Country Day School. It’s also near the restaurants and shopping in the Biltmore area and Scottsdale, the Valley’s great hiking and golf –– and all that Arizona has to offer.”

The owners bought the house in November 2018 and completed the $1-million-plus remodel in December 2019. “We are big Mid-century Modern architecture fans,” the husband says. “We had seen a couple of Yaeger’s homes before, and this house was one of the best we had seen. When it came on the market, we just fell in love with it.”

Their time in the house has confirmed their initial thoughts. “The views and the layout are impressive; we love how the bedrooms are far from the living space. It’s been a great family home for us and a great house to entertain in, too. We’ve had weddings, birthdays, you name it, here.”

Although not an official Wright apprentice, Yaeger was affiliated with Frank Lloyd Wright’s Taliesin West/Taliesin Associates in Scottsdale. Among the many Valley homes he designed in the Valley was Senator Barry Goldwater’s in Paradise Valley, 1957/58. Yaeger died in 1994.

“He has some astonishing luxury homes still standing in Phoenix/ Paradise Valley, and all I have seen share signature traits,” says Contreras, a self-taught designer for the last two decades and principal of Joel Contreras Design, Phoenix.

“His homes clearly were influenced by Wright. He liked low pitches. His living rooms seem to all feature walls of glass with framed views. He used masonry for construction and concrete tile roofs. But, unlike Wright, he was a private person and didn’t care too much for the spotlight.”

Contreras was also immediately attracted by the Yaeger-designed home. “I liked its stature resting on this tall retaining fortress wall from the street, overlooking the city. I liked the observation patio that points to the Papago Buttes,” he says. “I liked the nods to Wright and the amount of glass and the use of shaded overhangs.”

He also was thankful the home had undergone an extensive interior remodel about 2005. “I didn’t have to be a bad guy for either desiring to keep original items and fighting with clients or designing some new elements to the kitchen and bathrooms and appearing to be insensitive to preservationists,” he says, noting that when working on the renovation of a noted historic property he likes to balance modernization and preservation.

When the home was in escrow, Contreras questioned the owners, who had called him. He asked, “You know you have an architectural a masterpiece?  And, you don’t plan on ruining it?  They said, ‘Yes, this is why we called you first.’”

The husband explains: “We wanted to modernize the home but still make it timeless. We wanted to make sure that if Yaeger came through the house today that he would love what we did. We tried to keep as many of the original touches to the house as possible, including the millwork in the living room and the hallway. It was very important to us.”

Contreras says that “the hardest aspect to a noteworthy architectural home is always balancing careful preservation with continuously changing owner needs. The owners felt they needed more space, but I did not want to do an addition to the home unless we explored every avenue first. Instead, we were able to reconfigure the floor plan a bit to steal some spaces from back bedrooms to grow the master bathroom and closets.”

When he is selected to remodel a historically significant design such as this one, he has two rules. One, keep the original architect/designer the star. “Do not try to overshadow him or her. Instead, honor him or her.” And, learn the language of the home. “Study the rules and then fill in the blanks if any of that language would be altered by the remodel.”

The 11-month renovation included new electrical, plumbing and air-conditioning, with a programmable thermostat and smart home capabilities added. Also updated were the windows (dual pane), flooring and the roof. Assisting Contreras was Brock O’Neill, who helps the firm with drafting on interior and landscape plans. Brent Bessinger of Scottsdale’s Ox Construction was the builder.

Much of the focus was updating the kitchen and the master bath. “We decided to vault the ceilings in the kitchen/dining space. The ceilings were very low and relatively easy to vault,” Contreras explains. In addition, some block walls were sandblasted to expose the concrete block/ aggregate. But, Contreras says, “I feel we kept all important aspects of Yaeger’s design.”

Timelessness is priceless. “The majority of new homes represent the flavor of the moment, and most won’t stand the test of time,” Contreras says. “They won’t be preservation worthy in 50 years. This one has met that test and then some.”

The details in the home are lost/ forgotten about today, he believes. “Another reason we don’t build like this is the expense. It would cost well more than the list price to duplicate this one-of-a-kind gem,” he says.

Buying a Yaeger home or one by his contemporary Blaine Drake or Frank Lloyd Wright is buying an appreciating piece of art. Contreras: “It is owning a significant moment in history and knowing you are fortunate to live in it and steward it.”

This beautifully renovated Paradise Valley home is offered at $4,250,000. A motion video is at pcgAgents.com/PaloVerdeFoothills. Showings are by appointment. To schedule a visit, please call Frank Aazami, 480.266.0240, text “SIRFAAZAMI” to 87778 or email, frank@pcgAgents.com. For Zoja Pedenko, call or text 480.307.1764, or email, zoja.pedenko@russlyon.com 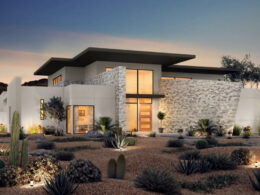 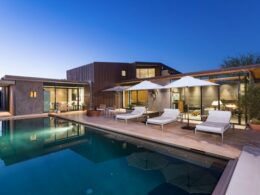 On the Market: Modern Marvel 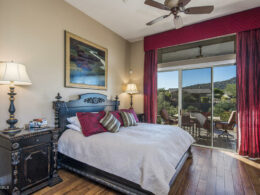 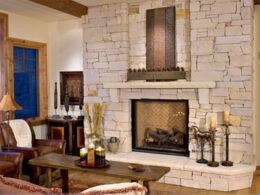 Right now may be the perfect time to pounce on property in posh Park City. Accelerated Marketing Partners…
byNichole