Located in one of the fastest-growing metro regions in the country, Teravalis will address the ongoing demand for housing and commercial real estate alongside Arizona’s booming economic growth.

“In the game of states, people vote with their feet—and Arizona is winning. Since 2015, Arizona has welcomed over 584,000 new residents and we don’t expect that momentum to stop anytime soon,” says Arizona Governor Doug Ducey in a statement. “This increases the demand for housing opportunities and Howard Hughes is answering that call with this impressive community, providing quality housing options for current and future Arizonans.”

Teravalis, meaning “land of the valley,” sits between the White Tank and Belmont Mountain ranges in Buckeye, Ariz. and is committed to preserve the natural beauty and landscape of the Sonoran Desert while supporting the West Valley’s significant growth by providing residents with more space to live and work.

Future plans are also set for the construction of Interstate 11, which will connect Phoenix, Las Vegas and Southern California and eventually establish a trade route between Canada and Mexico. Interstate 11 is projected to create $30 to $60 billion of economic impact in the region and provide Teravalis with advantageous supply chain access to and from the West Coast, furthering Arizona’s economic development.

“Today’s groundbreaking of Teravalis is an exciting moment for Arizona and for The Howard Hughes Corporation, as we create a new community from the ground up and HHC adds the next chapter to the legacy of the visionary placemakers who founded our communities in Maryland, Texas, Nevada and Hawai’i,” says HHC CEO David R. O’Reilly. “Teravalis joins these great American communities which offer an exceptional quality of life and will continue to define how we live and thrive for generations to come.” 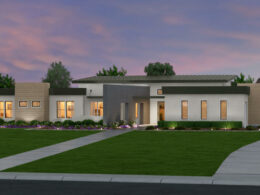 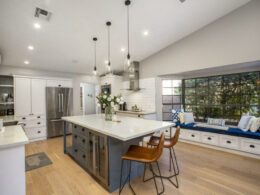 On the Market: Custom Touches in McCormick Ranch 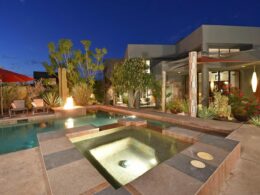 Award winning design and architecture, this modern masterpiece is tucked away on a private corner lot in North Scottsdale's most desirable area of Pinnacle Peak.
byKarah Van Kammen 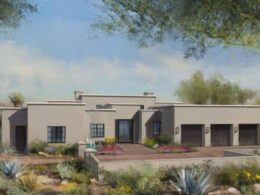 This sensational Skapa Design / Build in one of Scottsdale's most prestigious communities, Equestrian Manor just sold for $2,350,000.
byKarah Van Kammen