The Jason Mitchell Group of My Home Group has continued their national expansion into Las Vegas in the last 30 days. Trailing right behind Phoenix as the nation’s hottest real estate market, Las Vegas has already proven to be a desirable moving destination.

With property values at an all-time high and lenders offering incredible buying incentives the Las Vegas market is truly up and coming and a hot destination for all types of buyers and sellers. In fact, within the first 30 days of their launch, The Jason Mitchell Group as already helped over a dozen Arizona residents relocate to Las Vegas.

“When people think of Las Vegas they think, the strip, the gambling, the casinos, and all that entertainment.  This is all true and yet there is so much more about the Las Vegas community that is not known to most. We are a multicultural city thriving with people from all around the world who move here to enjoy everything this city has to offer. As of August 2018 Las Vegas has become the “hottest housing market” beating out the Seattle area that has held the title for the last two years according to The Seattle Times.  Here are a few reasons why Las Vegas has become one of the fastest growing cities in the U.S. and the perks it offers.”

You can do enjoy outdoor activities such as hiking in Red Rock Canyon, boating in Lake Mead, and skiing/snowboarding in Mount Charleston.  The beautiful landscapes and scenery Las Vegas has to offer will leave you breathless and that is not to mention the close proximity we are to other beautiful outdoor destinations such as The Grand Canyon, Lake Powell, Zion and Bryce Canyon which can all be turned into quick weekend getaways.

For the majority of the year Las Vegas is bright and Sunny.  This is very attractive for residents moving here from the East coast or the Midwest who endure long winters and snow shuffling.

Buying a home in Las Vegas is definitely more affordable than major metropolitan cities in states such as California, Washington, and New York.  Property taxes are relatively low, Nevada does not have a state tax, and the overall cost of living is less than the surrounding states.

The last few years Las Vegas has grown into a bustling metropolitan city with state of the art sports arenas, a professional hockey team The Las Vegas Golden Knights and soon will have a professional NFL team.  Who would have thought the desert would embrace hockey?

Last but not least let us not forget the one thing this city was built on, entertainment! Las Vegas not only has great shows on the strip and as of March 2012 The Smith Center, a state of the art Performing Arts theatre opened which features Broadway shows amongst other performances. 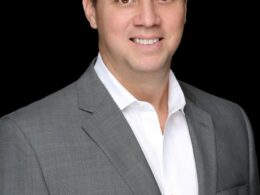 The Jason Mitchell Group has officially planted its flag in California and is currently servicing San Diego, Orange…
byChristina 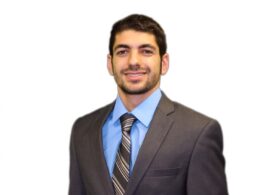 Weekend Real Estate: You Must Consider These 3 Financial Obligations When Buying a Home 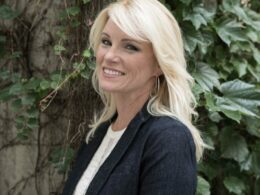 The Lost Art of Buyer’s Consultations

Colleen Nichols of the Jason Mitchell Group explains the importance of a buyer’s consultation and what to expect.
byKarah Van Kammen 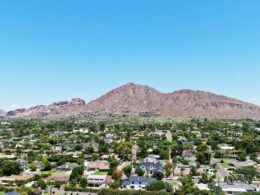 Arizona Has the Most Affordable Land in the U.S., Report

Available acreage with the potential to build a residence is least expensive is in Arizona.
byChristina