Phoenix has claimed the highest year-over-year home price increase in the country, according to the S&P CoreLogic Case-Shiller Indices, the leading measure of U.S. home prices.

However, data released on Dec. 28, 2021 for October 2021 show that home prices continue to increase across the U.S. at large. Let’s take a closer look.

Phoenix, Tampa, and Miami reported the highest year-over-year gains among the 20 cities in October. Phoenix led the way with a 32.3% year-over-year price increase, followed by Tampa with a 28.1% increase and Miami with a 25.7% increase. Six of the 20 cities reported higher price increases in the year ending October 2021 versus the year ending September 2021.

Before seasonal adjustment, the U.S. National Index posted a 0.8% month-over-month increase in October, while the 10-City and 20-City Composites both posted increases of 0.8%.

After seasonal adjustment, the U.S. National Index posted a month-over-month increase of 1.0%, and the 10-City and 20-City Composites posted increases of 0.8% and 0.9%, respectively.

“In October 2021, U.S. home prices moved substantially higher, but at a decelerating rate,” says Craig J. Lazzara, Managing Director at S&P DJI. “The National Composite Index rose 19.1% from year-ago levels, and the 10- and 20-City Composites gained 17.1% and 18.4%, respectively. In all three cases, October’s gains were below September’s, and September’s gains were below August’s. That said, October’s 19.1% gain in the National Composite is the fourth-highest reading in the 34 years covered by our data. (The top three were the three months immediately preceding October.)

“We continue to see very strong growth at the city level. All 20 cities saw price increases in the year ended October 2021. October’s increase ranked in the top quintile of historical experience for 19 cities, and in the top decile for 17 of them. As was the case last month, however, in 14 of 20 cities, prices decelerated – i.e., increased by less in October than they had done in September.

“We have previously suggested that the strength in the U.S. housing market is being driven in part by a change in locational preferences as households react to the COVID pandemic. More data will be required to understand whether this demand surge represents an acceleration of purchases that would have occurred over the next several years, or reflects a more permanent secular change.” 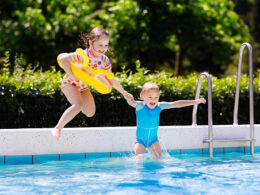 It may be the fall season, but many Arizonans are still hitting the pool–making water safety a year-round…
byMelissa Larsen 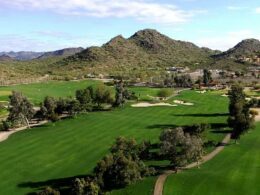 If you love pups as much as you like putts, check this out: The Arizona Small Dog Rescue will…
byMelissa Larsen 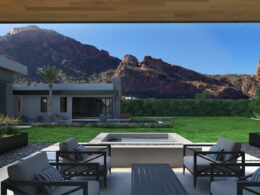 Now with a robust home market, particularly in Arizona, investors and builders are investing money in premier properties.
byChristina 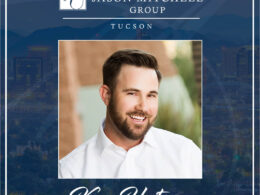