If you have lived in the Valley of the Sun for the last 10 years, you have seen some dramatic changes as Scottsdale has claimed its status as a prime vacation destination. Offering world-class amenities, spas, shopping and dining, Scottsdale played host to 8.9 million visitors in 2017 making it the ideal location for the introduction of Caesars Republic Scottsdale that will be located just north of Scottsdale Fashion Square. “Our market-dominant Scottsdale Fashion Square is the natural home for the innovative new Caesars Republic hotel concept,” said Ed Coppola, president of Macerich.

Where world-renowned resorts go, award-winning restaurants follow. Notable additions to our luxury dining market include Nobu, the iconic Japanese restaurant empire founded by partners Nobu Matsuhisa, Robert De Niro and Meir Teper. Ocean 44 , a new seafood restaurant from the team behind Dominick’s and Steak 44, and Toca Madera, a concept based out of West Hollywood that showcases local ingredients and bold flavors. Nick Foegal, Executive Chef of Mastro’s City Hall weighed in on the reason the Phoenix market is so desirable to these exclusive brands. “LA restaurateurs have realized that the palate of Arizona diners has really been evolving over the last five to 10 years. Previously, our land-locked state status meant people were less adventurous, but with
the advances of having fresh seafood flown in every day, the nationwide accessibility has been a game changer. Hosting events such as the Superbowl, the Phoenix Open, Barrett-Jackson and Good Guys Car Show has put Arizona on the map as a travel destination and the restaurant scene has to evolve to accommodate that influx of travelers that want to be here nine months out of the year.”

The revamping of the shopping and art scene in Scottsdale is underway with the multi-phase development at Scottsdale Fashion Square including a sparkling and inspired luxury wing, technology wing with 45,000 square feet of restaurant and retail space adding to its already impressive 1.9 million square feet. The new wing will include a new palm lined “resort-style” drive-up entrance, dedicated luxury valet, custom artwork, “along with fabulous amenities and high end finishes–it has attracted luxurious brands as Saint Laurent, Apple, Trina Turk, Hublot, IWC Schaffhausen, Peloton, b8ta, UnTUCKit and Morphe. Which has caused several other long term tenants to evolve and step up their game as well. Louis Vuitton, St John, Jimmy Choo, Escada, Johnny Was, BottegaC Venetta, Omega, CH Carolina Herrera, Gucci, Cartier and Lululemon” are getting a fresh new look.

Adding to the rich art culture here in town, Wonderspaces has opened up a full-time innovative art installation inside the former Harkins Theater space, featuring thirteen extraordinary exhibits from artists from all over the world. “Macerich has always had its fingers on the pulse of the community as well as the ever changing retail market. Fashion Square started as a small open air mall in the 1960’s and has continued to change over the years, adding the only Nieman Marcus and the very first Nordstrom in Arizona.  Future plans of expansion to the north include high end residential, office space.”

With Arizona being the ultimate luxury destination, we are sure to see many more changes in the coming years. This is an exciting place to be! 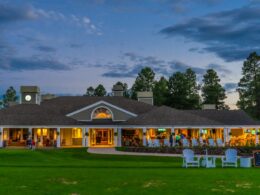 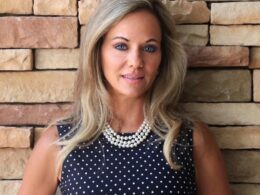 Irene Catsibris Clary, principal of Catclar Investments and the genius behind such in-demand properties as Rosedale Residences…
byMelissa Larsen
5 shares
5
0
0 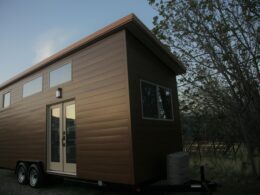 Friday, April 30 to Sunday, May 2 tour the tiny homes and get all the spring and summer décor and garden inspiration to spruce up your space.
byTyler Hollis
1 share
0
0
1 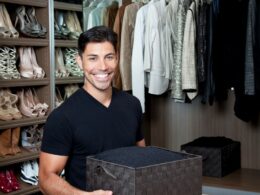 6 Tips to Maintain an Organized Home

Before you can maintain your newly organized home, you have to figure out how you want it organized.…
byMelissa Larsen