Who doesn’t love a good game of pool? Seriously, some people can’t get enough. While the large game table typically takes up an entire game room, I have found that pool tables are a favorite gathering spot during at–home parties or get-togethers. That said, a proper, design-cognizant pool table can provide an additional level of luxury via a fun yet stylish design element for any home.

During the 1870 to 1880, Brunswick Billiards began production of its Exposition Novelty table, which is now being resurrected in honor of Brunswick Billiard’s 165-year anniversary celebration taking place in 2010. The billiards dealer has more than 300 retail locations across the United States and international distributors in more than 40 countries.

The 1878 J.M. Brunswick and Balke Co. catalog defined the Exposition Novelty as a table manufactured for “gentlemen’s private residences” that was “a marvel of artistic excellence.” With its detailed workmanship, exquisite and elaborate inlay, and elegantly carved leg, the Exposition Novelty represents the contrast between that 19th Century decade’s sophisticated culture of innovation and the country’s untamed west. Accordingly, this stately and detailed table was a judge’s favorite of the age, winning gold medals in San Francisco and Cincinnati.

“Brunswick produced more than 130 different table models during its first 100 years,” said Austin Rothbard, president of Brunswick Billiards. “But we chose to revive the Exposition Novelty, due to the table’s heritage design that speaks to a bold era of art, culture and politics in America and around the world. It is an elegant table that finely represents how we’ve been connecting generations of billiards enthusiasts throughout our rich 165-year history.”

The commemorative antique replica Exposition Novelty boasts of magnificent craftsmanship through the use of sapele rails, solid white oak legs, a variety of beautifully grained veneers, solid brass rosettes and rail sights made of Asian Water Buffalo bone. Each table features a limited edition brass Brunswick emblem, and will be offered with a matching cue rack and distinctive Brunswick Exposition Novelty cue.

Only 25, nine-foot Exposition Novelty tables will be made available to the public beginning October, 2009, in preparation for the company’s 165th anniversary celebration in 2010. The table, with matching cue rack and cue, retails for $39,999. 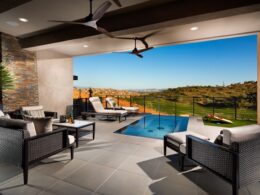 During the third-annual Toll Brothers Luxury Home Tour on March 3 at noon, learn about the latest in…
byMelissa Larsen 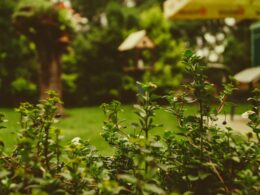 If you have ever lived in close quarters, you’re probably used to giving up privacy for the sake…
byMelissa Larsen
2 shares
1
0
1 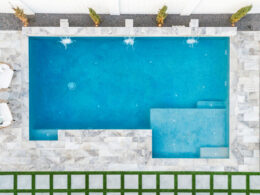 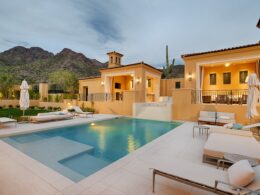