The GMC PAD is the Perfect Car, and House, of the Future

Each year for the past seven years the Los Angeles Auto Show has organized and facilitated the California Design Challenge, an event in which the world’s top design and engineering firms and teams enter their creation in hopes of receiving the prize, and along with it, international prestige and recognition.  Facilitators choose a topical theme which allows the studios to flex their creativity and explore new ideas in automotive design.

One recent California Design Challenge winner is the GMC PAD, a futuristic loft apartment fit snugly into the shell of a hyper-modern RV.  This is different from any other RV, not only because of the design itself, which is beautiful and mind blowing in every way, but for the intent of the design.  From the get go this “vehicle” was designed for urban use, and more specifically, use in a very dense urban area.  This is intended to be an affordable, sustainable, and transportable replacement of the old real estate model, of which many people are priced out of, or are excluded from for the sake of not wanting to get wrapped up in a 30 year mortgage just because they need a place to set up shop in the here and now.  American culture is increasingly becoming more urban and mobilized, some would say transient in a way, and the GMC Pad seeks to address this growing reality with positivity, ingenious design, and engineering pragmatism.

Tom Matano, a panel judge and director of Industrial Design for the Academy of Art University, called the PAD “The true all-around vehicle. This creates a new segment between the RV and the SUV. The future of this Living Activity Vehicle would appeal to many buyers including corporations, future homeowners, traveling business people and constant travelers looking to go beyond the stereotypical RV”.

On the interior, this “Living Activity Vehicle” is essentially an ultra modern loft style apartment, complete with multiple giant LCD screens, a full kitchen with a bar, WiFi, satellite, and a large windowed, penthouse like sky-deck to allow awe inspiring views of wherever the owner may wish to park their home.  The current specs do not give exact details on things such as a shower or bathroom, or engine for that matter, but we must assume that it has been taken into account for a final and eventual production model.

On the exterior it appears to be formed by pure function, adopting an aesthetic that is a cross between a futuristic RV, and an armed personnel carrier…from Star Wars.  Phoenix Arizona residents should keep an eye on the coming production model RVs from GMC. 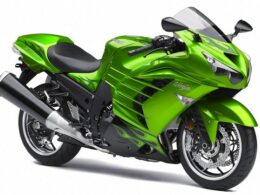 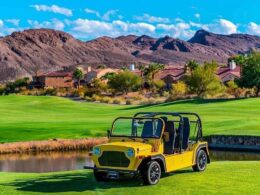 Moke America is elevating your staycations with an environmentally friendly, customizable, stylish, and luxurious vehicle for your home.
byTyler Hollis 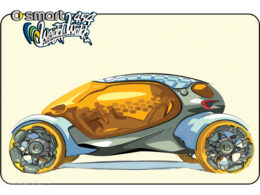 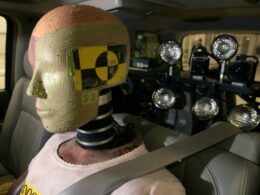