As someone who used to power slide around corners when the roads were icy, and who routinely took highway off ramps that weren’t even mine just because they looked fun, I always found something fundamentally wrong with people who purchased vehicles purely to get from point ‘A’ to point ‘B.’ For as long as I can remember, the Toyota Camry was just that, a boring metal mode of transportation. Buying one was akin to picking up a new washing machine at your local Sears. A necessary appliance, needed to get a job done. Maybe you cared about the color, but as long as the clothes came out clean, nothing else much mattered.

In 2015, as part of Toyotas initiative to infuse more fun and flare in their line-up, the new Camry received a hair raising makeover. All the bodywork except the roof was redesigned, giving the common looking commuter a more appealing shape and lines that flow in a more natural way from the nose on back. LED headlamps have black trim bezels now, daytime running lights are sharply angled and big 18” alloy wheels boast black accent paint. The exhaust is of the chrome, dual tipped variety and there’s even a tiny spoiler on the trunk lid.
On the inside Toyota has made great strides to keep the new Camry up to speed with both its hardware and its software. An Entune premium sound system washes clean, clear audio over the leather trimmed faux suede seats. The cabin is spacious and quite on the road, there’s head room aplenty and above-average legroom in the back. Even the trunk is bigger than one would expect.
As for its software, the 2016 Toyota Camry comes equipped with a 7” touch screen display for navigation, backup camera, app suite and more. A leather trimmed steering wheel is a little light to the touch, but has all the audio and bluetooth controls you’ll need. I was surprised to find paddle shifters tucked behind it. There’s even a wireless pad for any phone that supports inductive charging.
My model was the especially polished XSE. While things like a sunroof, keyless entry and the wireless charging pad I just mentioned will cost you extra, every XSE will come standard with a sport-tuned suspension. Also included are those big wheels and LED running lamps that add so much to the exterior look. You’ll also find better materials in the interior, with dual climate control and heated front seats.
The handling and braking, although much more engaging than in earlier models, are still nothing to write home about. Even in XSE trim with the stiffer suspension. Steering, as mentioned before, is a tad numb as well. Still, there’s no denying that the 2016 Toyota Camry is moving in the right direction. It continues to be family-car friendly, spacious, comfortable, reliable, and a perfectly good option to get you from one point to another. But now its foundation is tighter, body and ride control are more composed. It responds better to driver inputs and can sort of attack a corner with dignity. Pair a better chassis and tightened suspension with that charming 3.5L V6 that brings effortless and impressive thrust all the way to redline, and the result is a Camry that you’ll hardly recognize.
Following the major overhaul in 2015, not much needed changing for 2016. Though the new Camry is the best version of itself that its ever been, everyone else has improved over the years right along with it. The award winning Honda Accord still offers more polish, and the Mazda 6 continues to be a more engaging driving experience. Still, with all the improvements, the Camry, once Toyotas practical appliance on wheels, is closing the gap. 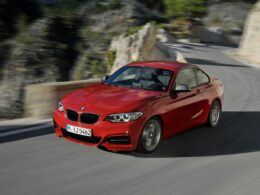 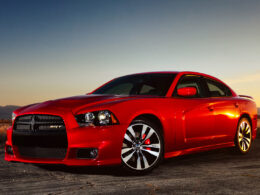 There is something inherent in the human psyche that craves the thrill of high performance.  We often seek…
byMike