Perhaps it’s the growing economy or the dipping gas prices, but it didn’t feel wrong to drive the semi-obulent, road-whale that is the 2015 Lincoln Navigator. Recently, Ford has invested large sums of money, we’re talking billions of dollars developing new Lincoln models. Although this hasn’t translated into the same meteoric comeback we’ve seen with Cadillac, head turning models like the new MKZ have us keeping a close eye on the once lackluster american luxury brand.

Unfortunately, only the smallest part of the money pile was set aside for the Navigator. This is especially surprising considering that the Cadillac Escalade, the Navigator’s most obvious competitor, just underwent an extensive and impressive redesign. Despite the lack of financial backing from Ford, Lincoln has made numerous, and in many cases, dramatic changes to the Navigator for 2015.

From the outside, expected mid-cycle alterations are immediately apparent. The long horizontal grill has been swapped out for the newly popular split wing style, a tie-in to the general Lincoln line-up. The manhole cover sized chrome rims are up two inches to 22”. The rear and front facia received plenty of treatment as well, including a generous portion of LED lighting.This face-lift has vastly improved the appearance of the Navigator over the 2014 model, giving it a sleeker, more modern feel.

On the inside some of the polish begins to fade. Let’s start with what’s good. The leather used in the Lincoln Navigator is high quality. It’s the kind of leather you can practically smell from outside before the doors are even opened. It’s also used everywhere. On the seats, on the steering wheel, all over the dash board. All held together with attractive contrast stitching. Dark rich wood trim adorns the top of the wheel and can be found on trim panels throughout the cabin as well.

The Lincoln Navigator boasts enough interior capacity to make an agoraphobic uneasy. We’re talking almost 160.0 cubic ft. compared to the Escalade’s 122.4. This is easily accessible thanks to third row seating that folds flat and a high ceiling. To fill the cabin with rich sound, Lincoln has supplied us with a dynamic THX audio system that sounds incredible.

While all of this is nice, there are too many rough edges that pull your attention away from everything Lincoln has done right. An overall lack of finish pervades the Navigator. There’s a mixture of expected luxury and an unexpected lack of attention to detail, like cheap plastic door panels and center stack, a fold-down sunglasses compartment that kept sticking and dials that felt cheap. The lack of radar cruise control and a fixed back-up camera are further examples of how the Navigator is starting to fall behind. Fast becoming an antiquated choice amongst better equipped and more exciting modern SUV’s.

That being said, don’t completely count the Navigator out just yet. Under the hood we find the real star of the show. Lincoln replaced the V8 from 2014 for their much more efficient 3.5L twin turbo V6. The same engine that put the F-150 firmly back on the map. While you’ll certainly miss the V8 growl, thanks to software adjustments, this marvelous V6 is a powerhouse, making 380 hp and a staggering 460 lb ft of torque! What’s even better is that nearly all of it’s available from 2250 rpm on up through redline.

The acceleration and responsiveness of this spirited V6 is highly unexpected for a vehicle this size, and easily the best thing about it. If you can keep the lead foot in check you’ll even manage a combined 17 mpg. The 4WD model also boasts a class leading 9000 pound max tow rating. Sadly, handling is a bit cumbersome and imprecise and the steering felt numb. In comfort and eco mode the ride quality is very soft, bordering on nautical. At highway speeds there’s also a lot of wind noise. Enough where I was constantly checking that my driver side window was rolled up. Lincoln should take a page from Cadillac’s playbook and incorporate active noise canceling technology in the cabin.

After my time with the 2015 Lincoln Navigator I couldn’t help but conclude that, despite all of the positive changes, it still feels like fresh cheese and garnish sprinkled on day-old food. If towing capacity and sheer interior space is at the top of your checklist, run to your nearest Lincoln dealership. If you want more, you might want to wait for the Navigators aluminized successor, slated to arrive in a few short years, to swoop in and give us a whole new, hot out of the oven option. 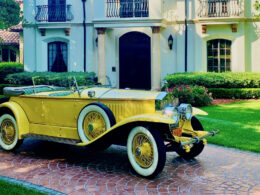 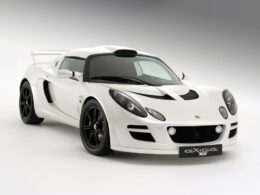 Lotus Exige Brings the Super Sport to the Common Man

Many Phoenix Arizona auto enthusiasts know that the Bugatti Veyron, clocking in with top speeds of 431 mph,…
byMike 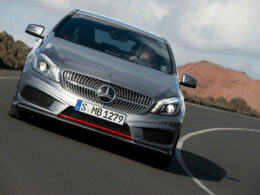 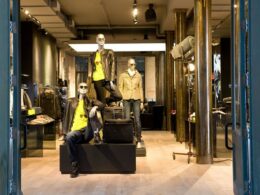