Many Phoenix Arizona drivers will remember America’s short lived love affair with the Renault Le Car, a boxy super-mini that was described as being short on style, but big on practicality and “personality”.  Personality?  Do we really need to be this polite with cars?

“Well it isn’t as sexy as a Porsche, but it has a great personality.”  This is what many frugal auto shoppers were telling their buddies in the late 1970s.

Renault has since taken it’s vehicle design a new direction.  A direction that is both aesthetically alluring and practical.  The new designs also have great personalities, but are not a quality exclusive to the point where it needs to be mentioned.

Renault’s new design strategy is founded on the human life cycle, with each phase of the cycle taking the form of a specific concept car.  The first concept car, DeZir, according to Renault, expressed the idea of ‘falling in love’.  The newest Renault concept car, the Captur, addresses the second phase of that cycle: that of two people exploring the world around them.

This is interesting, the designs are spectacular, and Renault seems to be taking the term “concept” car to a whole new level, possibly even confusing the idea with that of a “concept album”.  But until Renault starts building actual story lines around their new vehicles, complete with political intrigue, alien planets, and of course, robots, we are probably safe.

The Renault Captur does look like something from an alien planet though, and in the best way possible.  The blueprints behind this new concept bare the true mark of originality, in that it is difficult to draw comparisons with existing models.  In its proportions and fluid curves, Renault Captur evokes movement and lightness, yet displays powerful and muscular all-terrain cues. Just as with DeZir, angles, corners and lines have given way to sensuous and natural forms.

Captur makes use of the Energy dCi 160 twin-turbo engine-concept, developed from the new Energy dCi 130.  The Captur’s performance is further enhanced by the RX2, a novel system that improves traction at low speeds. Should one of the two driven wheels lose traction, this entirely new mechanical self-locking differential transfers all or part of the engine’s torque to the wheel with the most grip.

Captur also marks the debut of the Visio-System, an innovation that uses a forward-facing camera mounted at the top of the windscreen to provide driver-assistance functions. The new technology displays synthesized images into real-time images of the road on a central screen, to enhance the driver’s perception of the external world.  This could come in handy if a Phoenix Valley driver finds themselves caught in one of Phoenix Arizona’s infamous dust-storms.

This vehicle is high in performance, exterior aesthetics, and in forward conceptual thinking  on the whole.  That is what makes the Captur the ideal Renault vehicle with which to reenter the US market.  Fiat is doing it after a long absence, and perhaps Phoenix Valley residents would be eager to give the French auto manufacturer another shot, especially after viewing the new Captur concept. 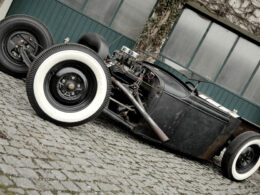 Phoenix Arizona is the Perfect Place to Build a Rat Rod 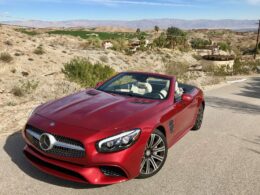 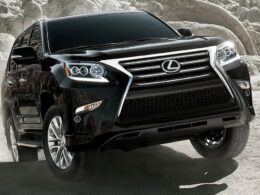 Stick Shift: Some of our Top Toyota’s from 2019 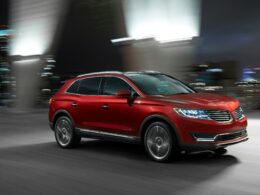 Lincoln MKX is the ultimate in personalized luxury. You don't just drive it; you experience it.
byBecky Antioco