Barrett-Jackson, The World’s Greatest Collector Car Auctions, announced today that CSX 3015, the only remaining 1966 Shelby Cobra 427 Super Snake (Lot #1396) built personally for Carroll Shelby, will be auctioned as part of a private collection crossing the block during the Scottsdale Auction at WestWorld of Scottsdale, March 20-27, 2021.

Seventeen additional collectible vehicles from the collection will be offered with No Reserve, including a rare 1955 Ford Thunderbird VIN 005 (Lot #1355.1), which is the first-production Thunderbird ever sold to the public.

CSX 3015 is arguably one of the most iconic, and important, American sports cars ever built. In 1968, Road & Track called it ‘The Cobra To End All Cobras,’ and it has more than lived up to that standard.

When it first crossed our block in 2007, Carroll was there and told the story of how he got pulled over by the Nevada Highway Patrol doing 190 mph in the car. Its sale ended up setting a new world record for any Shelby vehicle sold at auction. Carroll often said, ‘make history, then repeat it,’ and that’s exactly what we hope to do again.

This car was truly ‘Carroll’s Cobra,’ and it, along with other incredible vehicles selling from this private collection, will make collector car history next month.”

The 1966 Shelby Cobra 427 Super Snake CSX 3015 (Lot #1396) is one of only 23 total 427 competition roadsters built. A year later it was transformed for racing legend Carroll Shelby into the Super Snake and reclassified as 427 Cobra Semi-Competition (S.C.).

Shelby American added twin Paxton superchargers to the 427ci V8 and mated it to a 3-speed automatic transmission that could handle the massive power. The car was wicked fast and became a cultural icon. Also selling from the collection is a 1965 Shelby Cobra CSX 4000 Series (Lot #1353) continuation car, which was commissioned by Carroll Shelby and was the 21st sold to the public. 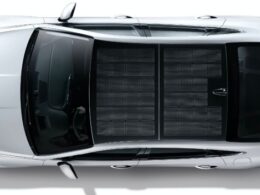 It seems that more and more big auto manufacturers are neglecting, or completely cutting midsize sedans from their…
byContributor
1 share
0
0
1
Read More

Each year the LA Auto Show features the California Design Challenge.  The rules are simple, elite design and…
byMike 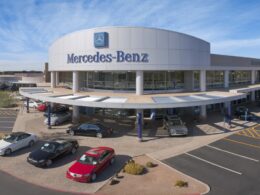 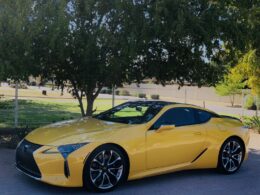 For the 2020 year, the Lexus LC 500 maintains all its strong assets. Strongest being its stunning good…
byContributor