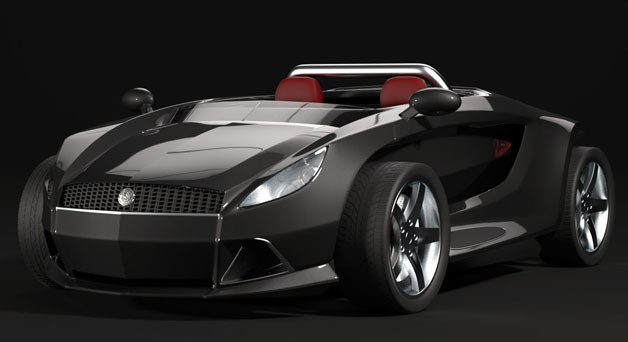 In a city like Phoenix Arizona you spend a good deal of your day in your vehicle.  A car in the Valley of the Sun becomes like a article of clothing, not merely a utility, but a style statement, an extension of your personality.

This reality has been complicated by the green car revolution. Many a Phoenix Valley car nut has found themselves torn between wanting to drive the latest, most high tech, and most efficient vehicles on the planet, while also wanting to rev their engine and feel alive on the road.  For those of us who fall somewhere between Al Gore and Conan the Barbarian on the macho scale, there exists a car.

Dartz Motors has chosen Monaco to debut the Jo-MOJO concept vehicle – an electric version of their bulletproof Roadster.  That’s right, not only is this electric vehicle very cool and masculine looking, but it is in fact bulletproof.  Perhaps Steve McQueen would have been more appropriate than Conan the Barbarian.

Following in the Dartz tradition of high quality armored vehicles, this lightly armored road rocket takes armored transport to a new level. This open topped roadster, based on a pseudo-KAPSULA technology platform of it’s bigger brothers, has the presence and attitude to start a fight with even it’s most notorious rivals. Patented bullet wheels, chameleon paint job and custom seating ensure this pint sized mischief maker will be as individual as it’s owner.  Why anyone in Phoenix might NEED an armored vehicle, I probably don’t want to know, but knowing that your car could withstand some firepower, or perhaps a zombie apocalypse, is not a bad thing.

Equipped with a retractable cover that incorporates flexible solar cells created by former Soviet space manufacturers Sidrabe, the cover locks the car and charges it up while it stands in the beating Phoenix Valley sun. It also comes with the option of adding extra batteries in the event of a longer excursion on the vast network of rugged Arizona highways.