The Toyota 4Runner is a vehicle most would be familiar with. If not by name, than certainly because it’s so visually recognizable. In whatever model, edition or limited production variation, the latest generation of 4Runner screams off-road. Louder and more confidently than most. 2021 doesn’t mess with this most successful formula in exterior design. The new year does introduce a new limited-production Trail Edition, of which Toyota claims to only be making 4,000.

This Limited Edition model wears striking 17” dark gray alloy wheels, perfectly sized against the thick, off-road tires. There’s  black badge overlays and a big Yakima cargo basket up top. A sliding rear cargo tray makes loading and unloading from the spacious cargo hold a breeze. Also to be found, a seemingly indestructible 40-quart cooler with tie down straps. Lastly, durable, all-weather floor liners are ready for all manner of mud, snow, sand and other elemental abuses. All together, the Trail Edition is most effective at looking more tough and rugged than ever before. Even the paint color, appropriately named ‘Cement,’ is suggestive of how solid and enduring the 4Runner is.

This is all news we expect to read about the Toyota 4Runner by now. Highly capable on the rough and rugged terrain. It remains unfortunate that on road, it’s still one of the oldest feeling and most unrefined there is. A sturdy body-on-frame design is brilliant when the going gets tough, but in the day to day, where the Toyota 4Runner finds itself most of the time, it creates a sloppy ride. Behaving more like a big truck than a modern SUV.

It may drive like a big truck, but it isn’t quite powered like one. With a 4.0L V6, the new 4Runner can’t quite break into the 300’s for horsepower and torque. The 5-speed automatic transmission is starting to feel dated as well. Acceleration can feel a little lacking, with the somewhat old-school V6 grunting and groaning its way up to redline. Here again, where it feels dull and aged around town, when off-road, a plethora of computer aided assists make the 4Runner hard to beat. They include: hill-start and downhill crawl assist, a 4WD system with active TRAC, and a tow hitch receiver. For on-road help, the list is surprisingly long. There’s Toyotas comprehensive Safety Sense package, which includes: pre-collision warning, pedestrian detection, radar cruise control, lane departure alert, auto high beams and more.

Going into 2021, a special Trail Edition of the already popular 4Runner help keep things interesting. Already, the 4Runner communicates where it excels most with its strong visuals. Those beefy tires, rugged features, high ride height and chunky roof rack scream adventure obsessed better than the new Land Rover Defender even. The same old areas continue to hold it back though. Poor on-road behavior, a plastic, cheap feeling interior and general lack of refinement when compared to its competitors. Also, 17 mpg is a harder and harder sell these days. Here’s to hoping that Toyota makes a major change soon, so that the 4Runner can remain popular for reason beyond rugged looks alone. 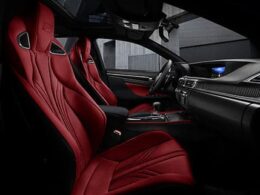 The Lexus GSF continues to be a strong, performance oriented luxury sedan. Not much has changed for the…
byContributor
3 shares
0
0
3 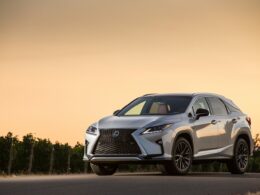 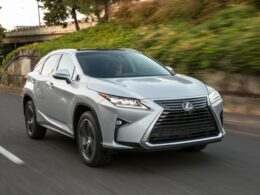 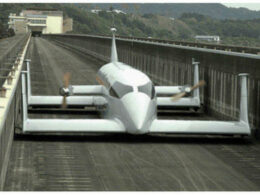