Smashbox Cosmetics Gets a “Hollywood” Makeover

I don’t think it’s a secret that I am a bit of a junkie…a makeup junkie that is. Since the beginning of my career I have tried just about everything from drug store brands to mass market to luxury and every little indie thing in between.

I remember in the mid-ninties while living in the Big Apple regularly combing the cosmetic counters of Bergdorf Goodman, Henri Bendels, Barneys and all those amazing little makeup joints in the village to find the latest and greatest. This was of course without the advantage of the internet so keeping your ears open to whatever buzz was happening on the makeup scene was beyond important.

I can easily recall the first time I spotted Smashbox at Bendels. That Classic black and red packaging caught my eye then one I tried them the formulas were too good to pass up. I mean who could resist a new line by the Grandsons of Max Factor himself. Besides, Dean and Davis were all the rage in the photography world so they must have been on to something.
Though the brand has had its ups and downs over the years, it keeps steadily gaining momentum. Last year Estee Lauder bought Smashbox and this year they have announced big plans for ramping up the line.

WWD reported Lauder is restaging the brand with new products and packaging, a new national advertising campaign and a revamped Web site, which went live Thursday. Observers say that the brand could rival the sales number of its billion dollar Lauder sibling M.A.C. Lauder will rebrand the line to refocus on the Factors Hollywood roots.

50% of the lines packaging has already been updated with another 25% in the works soon. The new tag line “Created. Tested. Photographed. At Smashbox Studios LA.” will also help reinforce the delineation between Smashbox and other Lauder brands including M.A.C, Bobbi Brown and Clinique.

Products like eye shadows trios and palettes will now come with fold out instructions offering optimal usage tips. The goal is to help consumers be their own beauty advisor. Likewise primers will now come in tubes rather than pumps for ease of use.
And there are loads of new products launching right away. An entire collection of “Photo Op” Eye Shadow trio’s and palettes color coordinated for day or evening. And a new primer called Photo Finish Hydrating Primer helps lock in moisture even though it’s an oil- free formula.

The brands fall ad campaign shot by none other than Terry Richardson features Amber Le Bon, Atlanta de Cadenet and Laura Love. Expect to see the new images and media barrage in your recently delivered September issues and throughout the season. 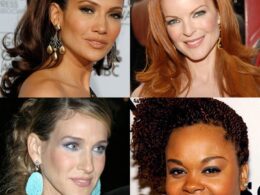 So darlings part two of the DIY quest to transform those tendrils of dullness into locks of love.…
bydiane 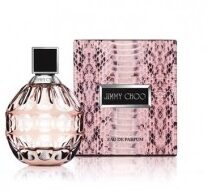 What a gorgeous Superbowl Sunday it was yesterday. In fact, it felt like a lovely spring day, not…
bydiane 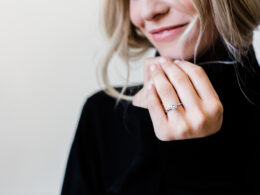 What do Tesla, Patagonia and Toms shoes all have in common? They’re sustainable products, available at a price point higher than what the average consumer might want to spend on a car, jacket or pair of shoes. But might doesn’t mean won’t.
byAZFoothills.com
1 share
0
0
1 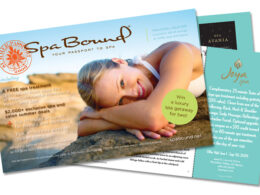 So I just got my SpaBound Summer Passport 2009 booklet and boy am I excited! It’s an absolute…
byMarlene