Yesterday I was delighted to share that Vincent Longo is relaunching his eponymous makeup line and as hinted to prior, I feel the same way about Paula Dorf Cosmetics.

If you had a chance to peek at my blog yesterday you know that as a former beauty boutique owner and a freelance makeup artist I gravitate to makeup artist lines rather than those by corporate conglomerates. To me it just makes sense that a makeup artist whose job it is to make other people look amazing is going to know what formulas work. 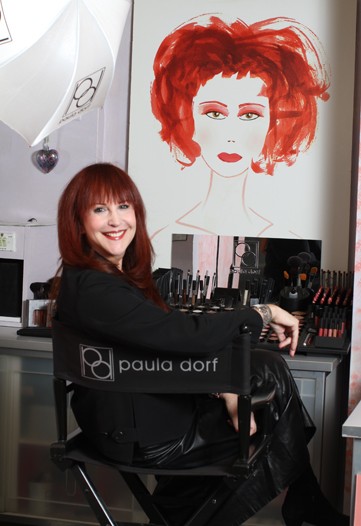 Paula Dorf launched her line in the mid-nineties and during the companies heyday the brand was in 550 locations including Sephora, Saks Fifth Avenue, Macys and others. The line was known for problem solving products imagined from Dorf’s own work as a makeup artist on music videos such as The Bangles “Walk Like An Egyptian”, Billy Joel’s “Uptown Girl”. From there she began selling makeup toosl to salons and spas and four years later launched her line at Bergdorf Goodman. Some of her top selling products like Perfect Primer, Transformer, stay put brow, lip and eye pencils.

Dorf’s husband told WWD “We were growing like a weed, organically. Then we got into a debacle with our [packaging] supplier. He stopped shipping to us because of his own problems,” said Dorf’s husband, Sandy Dekovnick, who co-founded the line in 1995 and serves as ceo. According to the company’s bankruptcy filing, that default prevented Paula Dorf from shipping products for a significant period of time, which substantially reduced cash flow. “It brought manufacturing to a halt,” said Dekovnick. “Without sales, you cannot make revenue.” The brand lost a number of retail accounts as a result. “Our best and closest stores stayed with us, because they really believed in us,” said Dekovnick. But the brand was determined to put the past behind it, and on March 23, the company emerged from Chapter 11 with a new business partner. 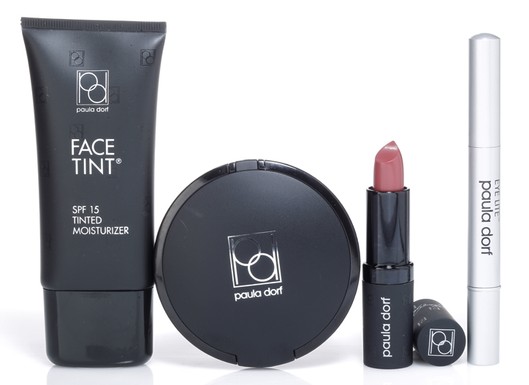 The company will reorganize as part of a joint venture with the distribution and fulfillment firm Global Beauty Group. The Sayreville, N.J.-based company, which will hold a 50 percent stake, will provide all warehousing, inventory, shipping and billing-related services.

The brand is currently sold in 275 locations between Ulta, Dillard’s and the Beauty 360 concept of CVS, as well as at about 200 small specialty stores. The plan is to reenter department stores, including Saks Fifth Avenue, Nordstrom and Macy’s open-sell Impulse Beauty concept. Dorf, who was also a regular HSN hoped to return to the airwaves once the line is fully relaunced.