There have been so many beautiful looks coming out of Milan during fashion week that I can’t resist sharing my favorites. And, even though the clothing on the runway won’t be around until Fall, these beauty looks are more than perfect to pair with this seasons trends right now.

Guido Palau called the hair look that he created for Alberta Ferretti’s “Carnaby Street innocence.” The Sixties-inspired slicked-back chignons were a nod to the infamous girl of the decade Twiggy.

The side-swept bangs and uber sharp side part (my favorite kind) were molded into place using Redken’s Velvet Gelatin blow-dry lotion then were spritzed with Redken’s Forceful 23 Super Strength Finishing Spray for a glossy shine. Neatly ties knots at the nape of the neck completed the look that was was clean and precise. And though it looked decidedly simple, this look takes a tad bit of practice.

Following the same theme, makeup artist Lucia Pieroni for MAC Cosmetics gave a modern spin on the era’s strong eye and nude lip look that is still a favorite today. The skin was left mostly bare neigh from MAC’s Moisturizing Cover concealer and Prep and Prime finishing powder. Sculpt Powder was applied to the cheekbones to give them an iridescent sheen. Lips were finished with Snob, a pinky beige hue. Then Pieroni created a structured eye using a creamy taupe eye color base, Paint Pot in Groundwork under the eye and a Chromagraphic pencil in a beige tone. False lashes were applied with Zoom Lash mascara on top and bottom lashes. An eye pencil in Coffee was used to line the outer rims and round out the look.

The mistress of the backstage Pat McGrath spun her magic once again for Dolce & Gabbanna. This time she called the look for D&G “Street Couture”. The graphic eyes were contemporary and alluring. Dolce & Gabbana’s Black Crayon Intense Eyeliner was worked along the upper lash line along with the eyeliner’s white version inside the eyes for a monochromatic spin. Luminous yet pale cheeks and lips provided the foundation for a “gorgeous, modern young woman without artifice,” said McGrath.

At Fendi hair guru Sam McKnight piled up hair into a bouffant with a Hitchcokian edge. The hair was swept up into formal, elongated and messy twists using Pantene’s Classic hair spray and Sebastian Mousse Forte before adding colored hair extensions in a bevy of colors including Fall-ish shades of mustard, teal and tomato of course a Fendi headband completed the look
“The action this season is in the back,” McKnight said backstage, referring to the plethora of chignons and twisted styles gracing the catwalks this season. And the best part, Chignons and Tippi Hendrin updo’s are all the rage right now… so don’t wait until Fall to jump aboard this trend. 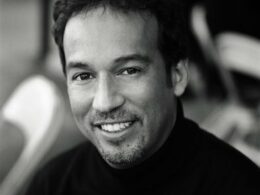 Get the Look- Oscars Best Beauty 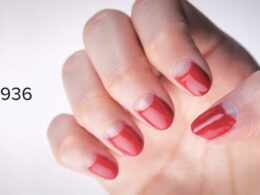 Fun fact: Nail art wasn’t always a thing, though having your nails styled in some sort of fashion…
byChristina Silvestri 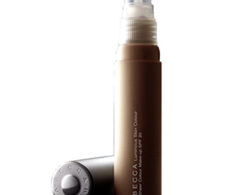 As a newbie makeup artist cutting my teeth on model portfolio’s and acting headshots, nothing sent fear through…
bydiane 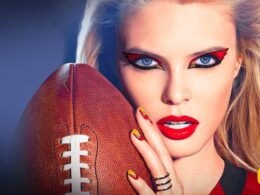 Cheer on Your Team with AZ Football-Inspired Nail Art

Cheer on your favorite Arizona football team this season with painted digits that match your team spirit. Whether…
byChristina Silvestri