While some chairs are simply considered to be a place to park ourselves after a long day or an apparatus to sit on while working in our offices, or even a place to hang out while enjoying a meal, other chairs are so intriguing that they have become design history. Specifically, we are thinking of the Barcelona chair, the Eames chair and the Barrel chair, just to name a few. One such chair that made a splash at its inception was the Series 8 chair, designed in 1968 by Arne Jacobsen, who was also famous for creating such seating devices as the Egg chair and the Swan chair. With an improvement in production measures, the Series 8 chair is set to be reintroduced by Suite New York next month, so design addicts, loosen up those purse strings.

While it may not be his most famous work, many consider the Danish design expert’s Series 8 chair to be his most beautiful, and it’s easy to see why. The chair is curvy and beautiful with its tiny “waist” and voluptuous “bottom” and because of its design aesthetic, not only is it attractive to look at but it is also quite comfortable.

Originally designed by Jacobsen in 1968 as a commission for the Danish National Bank, the Series 8 chair actually was much more difficult to create than was originally expected. Its sweeping and dramatic curves made for difficult manufacturing challenges. Jacobson had high standards for his work, and he spent a great deal of time working on the chair before it was released, only to find that it would be discontinued by the end of the decade. While not perfect in its original construction, the new Suite New York Series 8 chair will include all of the eye-pleasing features of the 1968 version but the kinks in the production process will have been eliminated.

The Suite New York Series 8 chair will be available in dark brown and black lacquered beech. Sitting upon polished or satin chrome legs, the chair will also be stackable, making it practical and convenient for guests and entertaining purposes. Additionally, Suite New York’s Series 8 will also come in an armchair version, called the Lily. 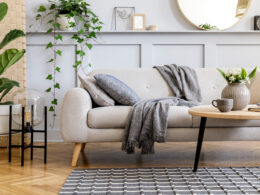 These AZ Cities Offer Some of the Best Lifestyle Amenities in the Country, Report 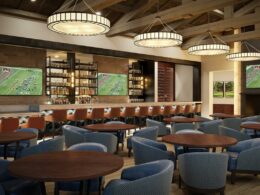 Discover what's new and happening at some of Arizona's most premiere country clubs this summer.
byChristina 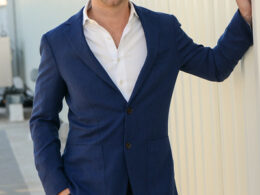 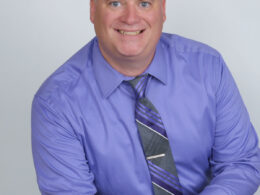