Here are three super sweet chairs from SUITE New York, all for under $500.

The Ant Chair is one of the most prominent icons of the Fritz Hansen collection. Originally, the Ant was close to ending up as just another prototype, because Fritz Hansen wasn’t convinced of the chair’s potential. The chair survived the initial skepticism when renowned designer Arne Jacobsen guaranteed to buy all chairs produced, if no one else would. The Ant has a minimalist form and svelte shape, and is also an extremely comfortable chair. The price for the Ant with 3 legs in Ash is $427 and with 4 legs in Ash it is $466.

The Bistro Chair by legendary designer Vico Magistretti is sleek and understated, yet inviting and plush. Magistretti was a master of simple and elegant solutions to domestic needs whose work was driven by a passion for building off of what he called, “anonymous traditional objects”. This lounge chair’s elements express that passion in both its smooth lines and versatility. The Bistro Chair is built on a steel frame with a completely removable or fixed cover in graded-in fabric, leather, or COM. The elastic belted seat is filled with molded polyurethane foam. In solid beech, the Bistro Chair ranges from $390-$494.

Legendary design Hans Wegner needed a christening gift for the son of his dear friend Borge Mogensen. In the middle of WWII, his options were limited, so he created Peter’s Chair to commemorate the event. After experimenting with different models, he decided on a char consisting of 4 flat parts which could be assembled without the use of tools—making the chair not only a resting place for Peter, but a toy he could take apart and reassemble himself! Mogensen was so thankful and impressed with the piece that he helped Wegner put the chair into production. The CH411 Peter’s Chairs are $410-480 in Maple. 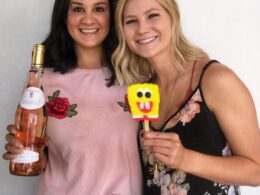 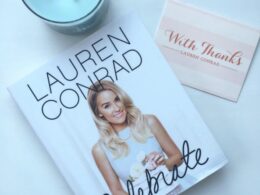 From The Hills to party planning, its safe to say everyone’s favorite LC has found her niche in…
byKelly Potts 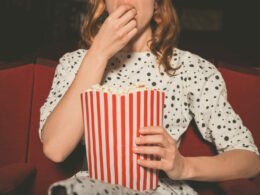 Have a Private Movie Party at Harkins Theatres

Take movie night to the next level with your own private theater.
byChristina 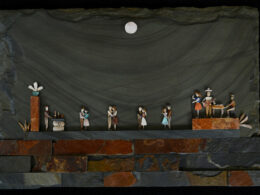