Best of Our Valley 2019: Arts & Entertainment

Dearing Acting Studio was founded by notable local actors Matthew and Leeann Dearing and, now, after being in operation for more than a decade, the studio continues to serve the needs of aspiring actors and entertainers from as young as 5 years old all the way through adulthood. The studio emphasizes the teaching of hyper-listening through ever-evolving techniques that allow actors to “live their truth” while in front of the camera, on-stage and in their daily lives. dearingstudio.com.

Phoenix Tools 4 School provides basic school-readiness supplies for students whose families cannot afford the necessary items to start off the school year. The initiative provides students with book bags, notebooks, writing utensils, college-readiness workshops and other necessary supplies. In just six years, the Phoenix Tools 4 School annual event has impacted more than 30,000 students and family members by providing them with a free meal and the supplies needed to ensure the investment of every student getting to cross the finish line. checkeredflagrunfoundation.org/programs/phoenix-tools-4-school.

Arizona Animal Welfare League, a no-kill shelter that rehabilitates and rescues more than 4,000 animals every year, raises between $300,000 and $350,000 at the long-adored Evening to Paws Gala every year. This event, which has been held for nearly two decades, has outgrown several venues and is now being hosted at Omni Scottsdale Resort & Spa at Montelucia, with attendance between 400 and 450 people. The gala boasts entertainment and fun galore, with live music, tasty food and even fun themes to help create and diversify the event each year. aawl.org.

While you might not peg Arizona as being a particular hub for holiday celebrations, the Fairmont Scottsdale Princess proves why you probably should. Each year, the AAA Five-Diamond award-winning resort transforms into a winter wonderland, complemented by ice skating rinks, hot cocoa stands, a beloved tree lighting and so many more activities and events throughout the season that are truly fun for the entire family. scottsdaleprincess.com.

The Scottsdale Culinary Festival is a weekend-long event comprised of food tasting, unique epicurean experiences, a beer garden, cooking demonstrations and live music that welcomes nearly 30,000 guests each April. The event is hosted by the Scottsdale League for the Arts, which is a nonprofit volunteer organization of accomplished members who support the arts through social and educational opportunities. scottsdalefest.org.

Arizona car enthusiasts rejoice at the return of the iconic Barrett-Jackson Collector Car Auction to Scottsdale each and every year. 2019’s event was the largest auction in Barrett-Jackson history with more bidders, sponsors, exhibitors and cars than ever before and more than $131 million in sales (and nearly $10 million for deserving charities). Barrett-Jackson is the leader in collector car auctions and automotive lifestyle events, and beyond their impact in the world of gearhead entertainment, the company has garnered philanthropic legacy as well, as they have helped raise nearly $115 million for charity to date. barrett-jackson.com.

Greasepaint Youtheatre will be entering its 35th season this coming fall. The company is committed to educating young actors in the skills they need to reach their highest potential; this is a goal they achieve thanks in part to their committed directors and artistic staff who are notable professionals within their respective field. Greasepaint produces seven MainStage musicals per year, plus 10 weeks of summer, spring and fall camps that cater to children ages 6 to 18. greasepaint.org.

Valley of the Sun Active 20-30 Club is a philanthropic organization made up of 68 professional women, ages 21 to 39, who are committed to fundraising for and participating in organized hands-on activities with local children’s charities through its Valley Kids Foundation. Since the club’s inception, more than $2 million has been raised for charities, including Florence Crittenton and Phoenix Children’s Hospital Foundation. vos2030.com.

Located in the heart of the Downtown Phoenix Warehouse District on the corners of 5th Avenue and Madison Street, The Pressroom was built in the 1920’s and the historic 14,000-sq.-ft. red brick building is what once housed the city’s most modern printing press—hence, its name. The venue features an indoor 1,000-plus-person capacity, a full bar, two VIP viewing platforms, in-house intelligent sound, lighting and video wall, spacious outdoor patio and extended premise event space. thepressroomaz.com.

We have Dearing Acting Studio to thank for Chaos Comedy, the studio’s own improv comedy troupe that has garnered a favored reputation for their comical yet refreshingly clean performances. The group incites laughter that is enjoyable for the whole family. If you find yourself particularly inspired by their acts, Dearing Acting Studio even offers weekly adult improv classes, which serve as the perfect starting-point to sharpen your performance skills and perfect your comedic timing. dearingstudio.com.

Gallery Andrea opened in 2004 and is named after the mother-daughter duo of Andrea de Kerpely-Zak and Andrea Zakrzewski. De Kerpely-Zak is internationally known for painting “Healing Flowers,” and two of her works were commissioned for Pope John Paul II. The gallery also displays works by her daughter Andrea and local, national and international artworks like florals, landscapes, figurative, abstract and custom-made floral fashion. artandrea.com; andreazfloralfashion.com.

April Howland, owner of Howland Studios, was born and raised in Sedona. She has worked as a professional artist for the last 15 years. Among her artistic accolades and achievements, Howland is a member of the Phoenix Artlink and Sonoran Art League. She is a teacher at Southwest Wildlife Conservation and donates to its cause via auctioned-off artwork. Additionally, she is one of the program creators and curators for the Phoenix Zoo’s Art on the Wild Side bi-annual art exhibit. howlandstudios.com.

Founded in 2014 by Alex Mack (guitar) and Laura Strickland (flute), SoSco Duo is known for their sensitive interpretations and polished presentation, and the duo has rapidly distinguished itself as one of the preeminent small ensembles in Arizona. In the time since SoSco’s inception, they have performed more than 350 times around the Valley, in Tucson and in Sedona. soscoduo.com.

Danny Raustadt is a professional filmmaker and videographer with a knack for capturing some of life’s most unusual and beautiful moments. Raustadt recently produced an interesting video for the U.S. Polo Association about Arizona polo. Additionally, he’s developed several social media videos for the hospitality industry; he is currently working on another for a renowned food photographer as well as producing videos for an upscale home-improvement contractor. After photographing professionally for decades, he notes that he “still craves the challenge of producing the finest still and moving images.” biggerpictureimages.com.

Acting on the principle that learning is a joy, the Children’s Museum of Phoenix’s mission is to engage the minds, muscles and imaginations of children and the grownups who care about them. With hands-on, interactive exhibits designed for children ages birth to 10, the museum focuses on learning through play, with emphasis on early childhood education and school-readiness. childrensmuseumofphoenix.org.

Founded in 2017 by Jessie Whitfield, MISGIF offers experiential photo and GIF marketing services for events and conferences locally and nationwide as well as long-term leases in hotels and restaurants aimed at increasing brand awareness, online engagement, social media marketing reach, lead generation and consumer loyalty. Among the company’s long list of partners and co-creators, MISGIF has worked with notable names like Bumble, Yelp and lululemon. themisgif.com.

Exclusivity, charm and vibrant vibes come together at the Hotel Valley Ho, a retro hotel based in Old Town that oozes glitzy nostalgia and unparalleled fun. The hotel is drenched in a certain upscale taste that entices some of Arizona’s most elite to stop by for an afternoon at VH spa, or to even venture out for a late-night soiree atop the Sky Line Rooftop, which offers the perfect backdrop of Camelback Mountain and unforgettable sunsets eclipsing over the surrounding area. hotelvalleyho.com.

Warehouse 215 @ Bentley Projects is a full-service, 10,000-sq.-ft. event venue that plays host for hundreds of parties, weddings and any special life moments that deserve to be celebrated. With chic décor, a modern ambience, a 1,500-sq.-ft. patio and a close proximity to the ever-growing Downtown Phoenix area, Warehouse 215 is the perfect, premier space for all of your party needs. warehouse215.com.

A highly-acclaimed tattoo artist, beloved by hundreds of loyal locals who flock to Golden Rule Tattoo for a chance at receiving one of his eclectic and artistic designs, Jason Anthony is a master at his craft. His career in the Valley began in 2004, while Golden Rule Tattoo didn’t officially open to the public until 2009, after having been a private studio with its beginnings dating back to 2008. Beyond his undeniable creative talents and flawless vision for fresh designs, at the heart of his career, Anthony is just a really good guy who truly cares about his clients. His unparalleled transparency and desire to cultivate a tattoo shop built around authenticity even served as the guiding force for how he chose to name Golden Rule, as he believes that people walking into a tattoo shop should be shown the same amount of respect that tattoo artists expect from their clients. “It’s a working relationship with a common goal of a good tattoo.” goldenruletattoo.com.

The Herberger Theater Center is a nonprofit organization and was conceived as a pivotal piece in the redevelopment and revitalization of Downtown Phoenix. Built in 1989 to support and to foster the growth of performing arts in Phoenix, the Herberger Theater Center has contributed to the cultural and educational development of the Valley, with more than 4.3 million patrons, including 350,000 school-aged children who have shared the unique experience of live performing arts. herbergertheater.org.

At The Rock Church, a Hillsong Family Church, the values are simple: reach the lost, create an environment on unity, incite positive Bible-based communication and lead an expressive worship. As they note, worship is a consistent and expressive theme all throughout the bible. Anyone who attends one of the services can expect the same, with an engaging and heartfelt live performance session that has the ability to connect people on a spiritual and human level. therockaz.org.

Instagram filters, Boomerang GIFS, stop-motion and slow-motion assets, social media sharing and more—oh my! All of this is the work Snapbooth Entertainment, a photo booth company that has developed a reputation for being the highest and most reviewed photo booth company within the U.S. With more than 2,000 hosted events under their belt, Snapbooth is working to change the landscape of weddings and parties by eliminating the mundane stress of event photography. Whether you want to keep it simple and offer photo strips for guests to take home as keepsakes, or you’re dying to share prom and homecoming photos with flattering filters to your Instagram immediately, Snapbooth can do it all. snapbooth.com. 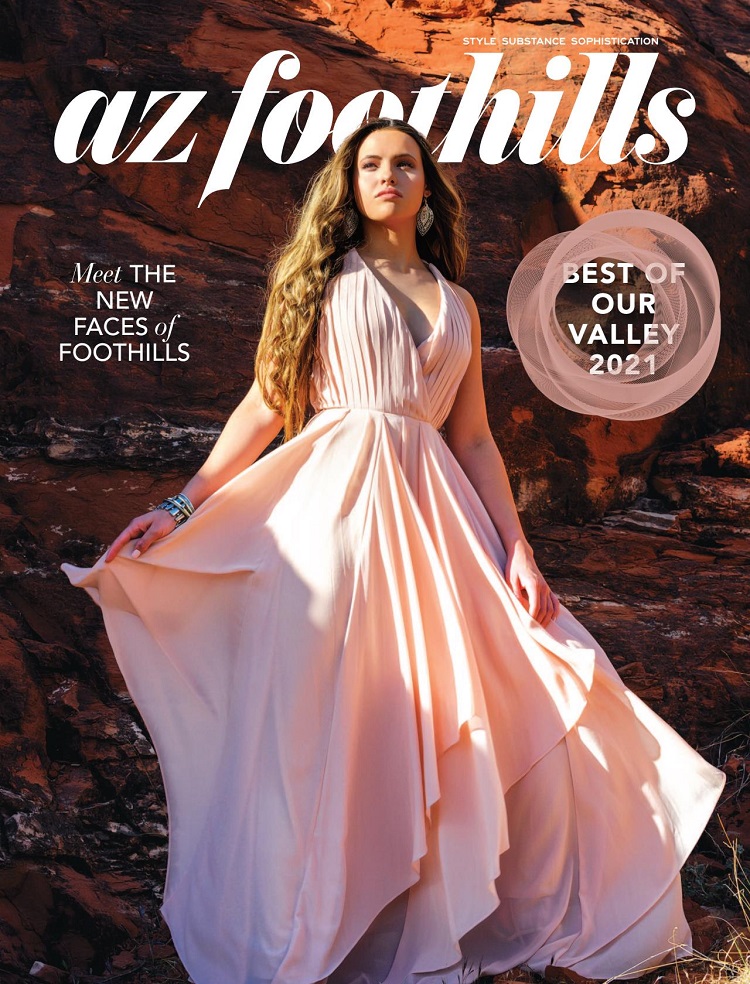 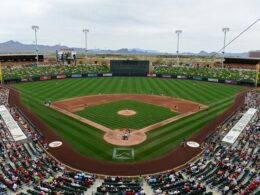 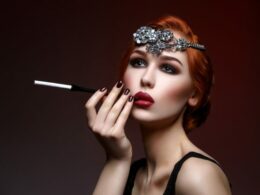 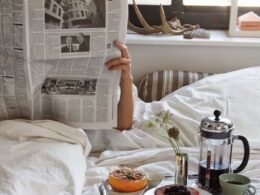