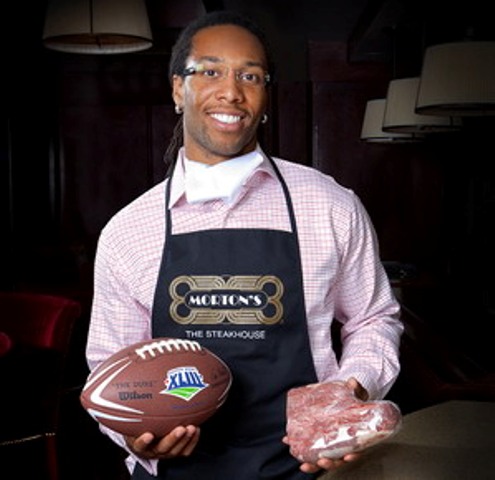 Update: Former Arizona Diamond Luis Gonzalez has been added to the roster of celebrity servers at the Monday night Morton’s event.

On Aug. 30, guests are invited to indulge in the Second Annual Larry Fitzgerald & Friends Celebrity Servers Night at Morton’s The Steakhouse–for a good cause, of course. During the event, sports celebrities, including Larry Fitzgerald, will act as Morton’s servers, giving guests the chance to chat with football’s finest while also digging into delicious food.

Individual tickets for this exclusive event start at $300, with VIP packages featuring a special pre-event reception beginning at $400. Proceeds go to Fitzgerald’s The First Down Fund and The Carol Fitzgerald Memorial Fund, which was set up in memory of Larry’s mother, who throughout her career as a state worker in Minnesota helped victims of AIDS, breast cancer and other diseases. This fund’s proceeds continue her work, and the Carol Fitzgerald Memorial Foundation also supports the education of urban youth. To reserve your spot, call 602.955.9577.