Known for its bountiful beaches, peaceful parks and warm climate, the dreamy California coastal city of San Diego is close but far away enough from Arizona to feel like a true summer escape.

A scenic five-hour drive from Phoenix, or an even quicker one-hour flight, celebrate the start of summer with a long weekend (or longer!) getaway in the San Diego sun at Pendry San Diego, where the city’s best warm-weather vibes will be on display all season long.

If you need any more convincing, Pendry San Diego, from the lineage of Montage Hotels & Resorts, is offering guests the opportunity to Stay & Play with a $75 daily hotel credit that can be applied toward dining, drinks, the spa and more for a Pendry stay in serious style that’s traditional with a twist. Up the ante and enjoy a $150 daily hotel credit when booking a suite, or receive a $300 daily hotel credit for specialty suite reservations.

Thoughtful service meets inspired design with 317 guestrooms and suites spread across 12 stories, plus multiple dining and entertainment venues. Pendry San Diego is a luxury hotel with a modern sensibility that offers a dynamic hub where guests and locals alike are invited to socialize and relax, all under one roof. Pendry San Diego is located at the epicenter of the city’s historic and energetic Gaslamp Quarter, a few blocks from the home of the San Diego Padres, Petco Park and the San Diego Convention Center.

Foodies need not venture too far as Pendry San Diego is home to six signature food and drink outposts to take you through everything from brunch to late night with the best culinary talents in town, including: modern coastal cuisine at Lionfish; Southern California-driven seasonal fare, boutique shopping and gourmet coffee at Provisional; light bites and poolside drinks at The Pool House; the perfect cocktail at Fifth & Rose; local craft beers at Nason’s Beer Hall; and an elevated nightlife experience at Oxford Social Club.

If you’re here to relax and recharge, Spa Pendry is second to none and sits alongside the rooftop pool for the most stylish sun-soaked setting in the city. Step outside and the best of Southern California awaits. With 70 miles of coastline to explore, sun and sand is a San Diego signature and always a must. Beyond the beaches, enjoy a long summer day wandering through Balboa Park, taking a trip to Coronado Island for sailing and small business shopping, soaking up an evening under the stars at the Rady Shell at Jacobs Park, visiting the San Diego Zoo and, of course, cheering on the Padres (with a pre-game stop at Nason’s Beer Hall right downstairs, naturally!). 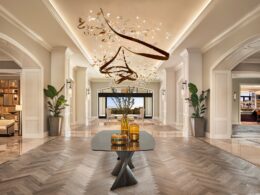 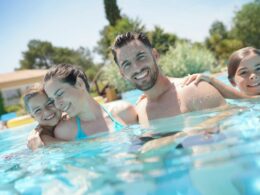 Locals Enjoy 20% Off Summer Escapes to Hilton Phoenix Resort at the Peak, Plus Spa Specials 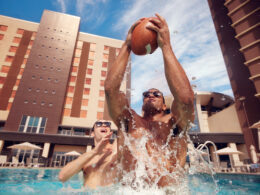 It may already feel like summer has arrived in Phoenix, but the party is just about to get…
byChristina Silvestri 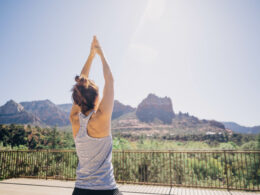