The bright lights of Broadway are returning along with a host of other exciting entertainment and cultural events to look forward to this fall in Costa Mesa, Calif.

Centrally positioned between Los Angeles and San Diego in California’s beautiful Orange County, and just minutes from the Pacific Ocean, the sun-drenched city of Costa Mesa is also known as the City of the Arts® for its rich arts and entertainment offerings.

From Broadway and ballet to jazz and cabaret, below are just some of the can’t-miss events and performances returning to the stage at the Costa Mesa Segerstrom Center for the Arts over the coming months.

Gorgeous, stunning dancers with impeccable technique and powerfully visual works are what make Alonzo King LINES Ballet so special. Like none other, King creates an unforgettable dialogue between movement and music.

The St. Lawrence String Quartet is renowned for the intensity of its performances and its breadth of repertoire. For this concert in Samueli Theater, the quartet will be joined by pianist and composer Stephen Prutsman and soprano Monica Schober for a program of instrumental and vocal works by Viennese-American composer Erich Wolfgang Korngold.

The Tony Award®-winning star of stage and screen makes her Cabaret Series debut with these performances. One of Broadway’s most celebrated performers, Laura Benanti also has an extensive resume of television and film credits, including recent turns in TVLand’s Younger and HBOMax’s much-awaited Gossip Girl reboot.

She’s a jazz vocalist who dazzled Segerstrom Center audiences when she first appeared at the Center in 2014. He’s been hailed one of the top jazz pianists of his generation and recognized for his virtuosic technique and captivating performances. Expect magic as these two Grammy winners join forces on stage for these not-to-be-missed performances in the Jazz Club!

A Shot Rang Out

After a long period of isolation, an actor returns to the stage, alone and shaken. This is his story—his moment of reckoning—about what led to his seclusion. Along the winding journey, he draws inspiration from movies and theatre, reflects on missteps and unravels mysteries of love. Artistic Director David Ivers takes the stage in a play written specially for him by one of South Coast Repertory’s most celebrated legacy playwrights, Tony Award winner Richard Greenberg (Take Me Out, Three Days of Rain).

Broadway at Segerstrom Center for the Arts

A new production of the iconic musical phenomenon set against the backdrop of an extraordinary series of events during the final weeks in the life of Jesus Christ as seen through the eyes of Judas. Reflecting the rock roots that defined a generation, Andrew Lloyd Webber’s legendary score includes “I Don’t Know How to Love Him,” “Gethsemane,” “Heaven on Their Minds,” and “Superstar.”

Henry Higgins, an English professor of phonetics, makes a bet that he can transform Eliza Doolittle, a Cockney flower girl, into a lady. Lerner and Loewe’s musical adaptation of George Bernard Shaw’s Pygmalion boasts a score that contains such now-classic songs as “I Could Have Danced All Night,” “Get Me to the Church on Time,” “Wouldn’t It Be Loverly,” “On the Street Where You Live,” “The Rain in Spain,” and “I’ve Grown Accustomed to Her Face.”

Long before Dorothy drops in, two other girls meet in the land of Oz. One, born with emerald-green skin, is smart, fiery and misunderstood. The other is beautiful, ambitious and very popular. Wicked tells the story of their remarkable odyssey, how these two unlikely friends grow to become the Wicked Witch of the West and Glinda the Good

Segerstrom Center for the Arts in Costa Mesa is among the nation’s premier cultural institutions, presenting a broad range of world class performances and innovative education programs to an increasingly diverse, enthusiastic and growing audience. World premieres, free performances, festivals, workshops and other innovative programs invite guests to explore the arts in new ways.

Click here to view the full schedule of upcoming programming at Segerstrom and plan your visit. 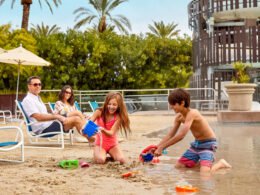 With summer on the horizon, it's time to start scheduling staycations and holiday weekends to look forward to.
byChristina Silvestri 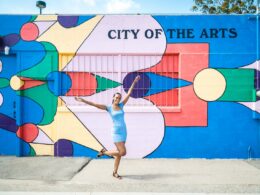 See Why Costa Mesa is Called the City of the Arts®

Whether it's a world-class museum, a multi-faceted performing arts center, or colorful street-side murals, amazing art can be seen on every corner in Costa Mesa.
byChristina Silvestri 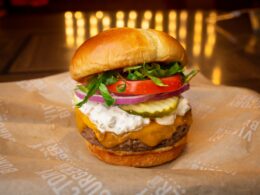 Explore All the Amazing Dining Options at Circa Resort Las Vegas

From BBQ to pan-Asian cuisine, it's finger lickin' good at Circa Resort & Casino.
byChristina Silvestri 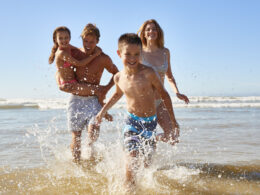 Summer Escape: How to Spend the Perfect Summer Day in Costa Mesa